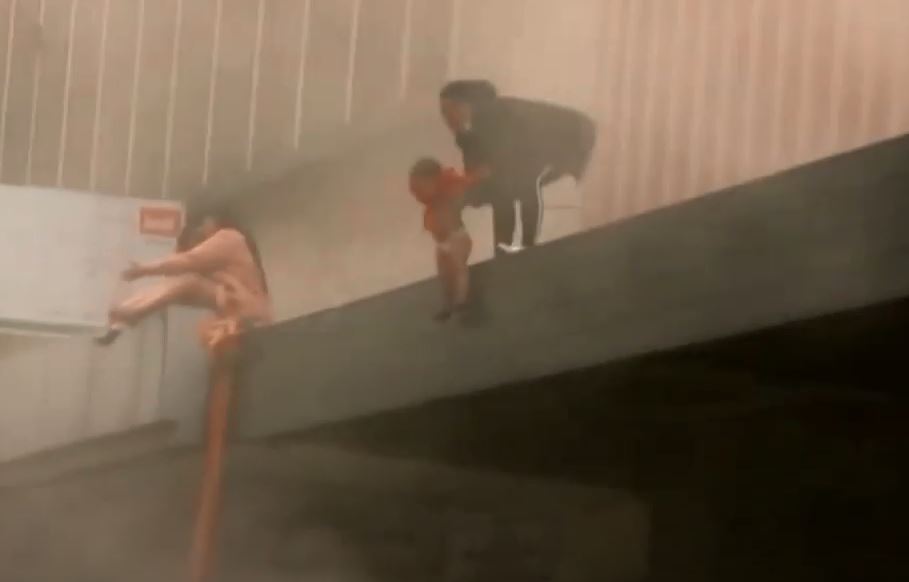 A South African woman throws her baby from a burning building to save the child's life. (Image credit: OBC News, YouTube)

A mother in Durban, South Africa, was forced to throw her baby from a burning building to save her life.

Their building was allegedly set on fire by thieves that had entered the premises.

A mother in South Africa was forced to throw her baby from a building after it was allegedly set on fire by lootershttps://t.co/lBKZwCVjm8 pic.twitter.com/xFhlQsicn3

Police officers have encountered similar criminal behaviour more recently due to the unrest and have been shooting rubber bullets at looters.

President Cyril Ramaphosa has encouraged people to "stand against violence".

The unrest, the worst in South Africa for years, also disrupted hospitals struggling to cope with a third wave of Covid-19 and forced the closure of a refinery.

Protests triggered by the jailing of ex-president Jacob Zuma for failing to appear at a corruption inquiry last week have widened into looting and an outpouring of general anger over the hardship and inequality that persist 27 years after the end of apartheid.