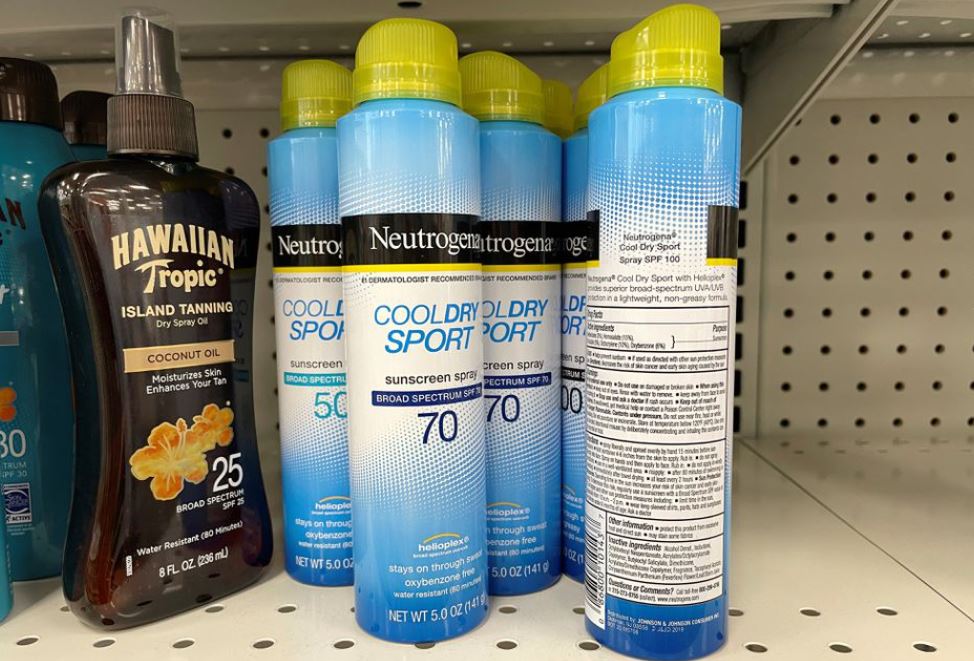 Johnson & Johnson’s Neutrogena Cool Dry Sport sunscreen, which is part of a voluntary recall of five Neutrogena and Aveeno brand aerosol sunscreen products after a cancer-causing chemical was detected in some samples, sits on a shelf at a store in Gloucester, Massachusetts, U.S., July 15, 2021 via Reuters

The U.S. Food and Drug Administration is investigating how a cancer-causing chemical ended up in Johnson & Johnson sunscreens, after the company said it had done internal testing and found low levels of benzene in some, the regulator said on Friday.

J&J, which issued a voluntary recall of the five different Neutrogena and Aveeno brand products, began testing after Valisure - an online pharmacy that tests its products for contaminants - found benzene in dozens of suncare products and asked the FDA to look into it in May.

"The root cause of the benzene found in recalled sunscreen products is the focus of ongoing investigation," FDA spokesman Jeremy Kahn said. "We will continue to monitor sunscreen manufacturing and marketing to help ensure the availability of safe sunscreens for U.S. consumers."

On Friday, Valisure Chief Executive David Light said in an interview that he believes the benzene will likely be traced to contaminated raw materials and that he does not believe that the problem is inherent to aerosol sunscreens, or sunscreens in general.

"There's probably the most evidence for raw material contamination," Light said. He said that is because the contamination was found in a scattered fashion among brands, and even within brands, suggesting that it was unlikely to be a problem with the chemical or mineral active ingredients.

Valisure also found benzene in products made by other companies than J&J. CVS has halted sales of two of its sunburn healing products, which were in Valisure's petition.

The market for suncare products was around $8 billion globally last year, and J&J sold around $620 million of its brands. In the U.S., the market was around $1.6 billion and J&J's sales were around $290 million, according to EuroMonitor. Shares were flat on Friday at $168.12.

Benzene is a chemical frequently used in manufacturing processes to make other chemicals, said Dr. Adam Friedman, a professor and chair of dermatology at George Washington University School of Medicine. He said benzene is not a byproduct of sunscreen filters - the various minerals or chemicals used to block the sun's harmful rays.

Dr. Joe Schwarcz, a chemistry professor and director of the Office for Science and Society at McGill University in Montreal said in an email that he believed “the risk is minimal because the dose of benzene is too small.”

The FDA said that given the recognised public health benefits of sunscreen, parents should continue to use broad-spectrum sunscreens with SPF 15 or higher.

Friedman said several summer camps are collecting all forms of aerosol sunblock, not just J&J, including Camp Tawanda in Honsedale, Pennsylvania, his children's sleep away camp, where Friedman is volunteering as camp doctor.

"I have a trunk full of sunscreens for everybody," he said.