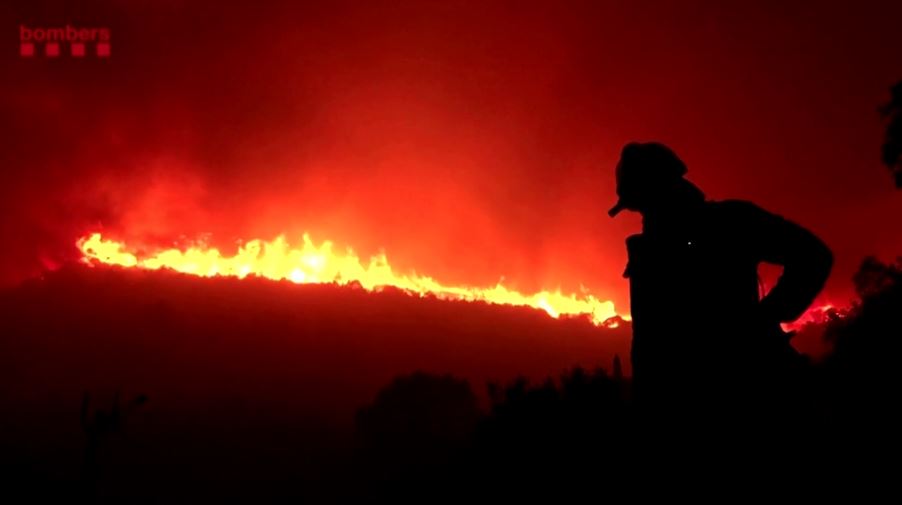 BARCELONA: Firefighters used water-carrying planes on Saturday as they battled to control a wildfire in Spain's Costa Brava region that has forced 350 people to be evacuated from their homes, the regional fire service said.

The blaze, which police think was caused by a discarded cigarette, tore through more than 400 hectares (about 1,000 acres) of forest and scrubland on the edge of the Cap de Creus natural park, a popular tourist area.

"We're trying to bring the fire under control at the moment using six aircraft, which are pouring water onto the flames and 90 fire crews on the ground," said Sergi Palacios from the Catalan regional government's fire service.

Video images shot by firefighters showed them clambering across the rocky terrain as they worked in the darkness to tackle the fire, which started on Friday.

More than 231 people had to seek shelter overnight in temporary accommodation offered by the local council in El Port de la Selva district.

Police said anyone found responsible for causing the fire by throwing away a smouldering cigarette could face criminal charges.