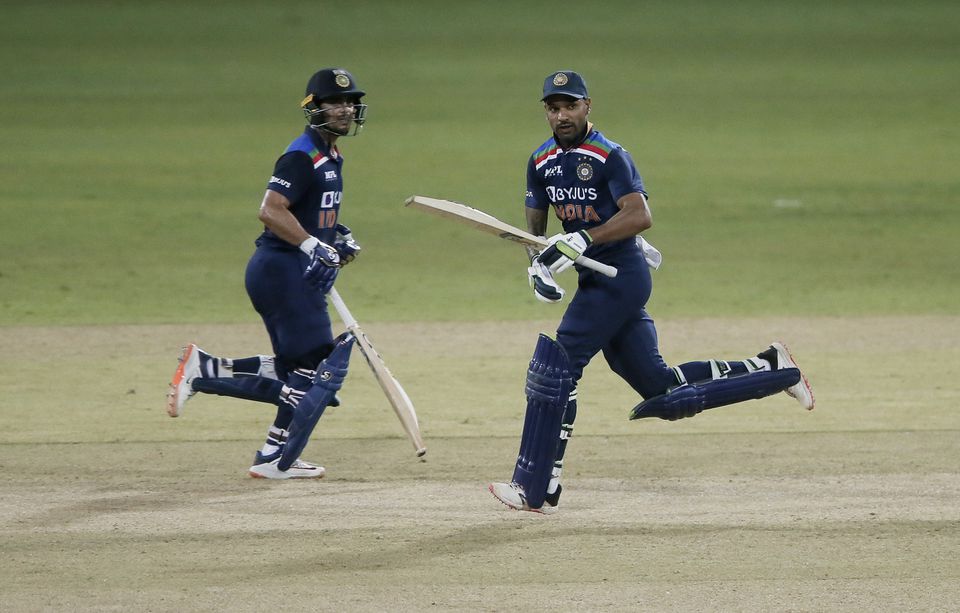 COLOMBO: Skipper Shikhar Dhawan led by example and wicketkeeper-batsman Ishan Kishan impressed on his One Day debut to secure a comprehensive seven-wicket win for India against Sri Lanka in the first match at the R Premadasa Stadium last night.

Kishan celebrated his 23rd birthday with a breezy 59, while Dhawan remained not out on 86 as India chased down the 263-run victory target with 13.2 overs to spare.

Earlier electing to bat, Sri Lanka struggled for momentum but still managed 262-9 largely due to number eight batsman Chamika Karunaratne’s unbeaten 43. The hosts got off to a steady start before Yuzvendra Chahal dismissed Avishka Fernando (33) with his first delivery. Charith Asalanka (38) and captain Dasun Sanaka (39) were the other Sri Lankan batsmen who got decent starts but could not convert them into big knocks, which hurt them in the end.

In contrast, India got off to a blistering start and two of their top-order batsmen notched up fifties which made all the difference in the contest. Prithvi Shaw led India’s robust reply with 43 off 24 balls as India breached the 50-mark in the fifth over. After Shaw’s exit, Kishan continued the assault bringing up his fifty in 33 balls. He smashed two sixes and eight boundaries before falling to spinner Lakshan Sandakan.

Dhawan, who was content rotating the strike until then, batted sensible and stayed put until the target was achieved. With regular captain Virat Kohli and several frontline players in England for a five-Test series against Joe Root’s men, Dhawan is leading a second-string Indian squad in Sri Lanka.

His counterpart Sanaka, having begun his captaincy tenure with a loss, would be hoping to bounce back in the three-match series when the teams return to the venue for the second ODI on Tuesday.