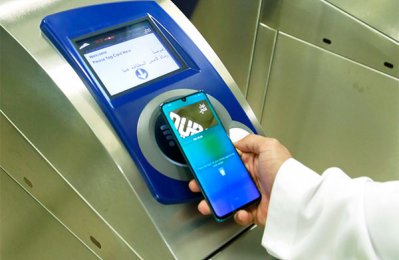 "Achieving these indicators is a result of RTA’s implementation of the directives of His Highness Sheikh Mohammed bin Rashid Al Maktoum, Vice-President, Prime Minister of the UAE, Ruler of Dubai, and the instructions of His Highness Sheikh Hamdan bin Mohammed bin Rashid Al Maktoum, Crown Prince of Dubai and Chairman of the Executive Council, to transform Dubai into the smartest city in the world that offers services via smart channels 24/7," commented Al Tayer.

"RTA was among the first government entities that had transformed all transactions of customers into smart services featured by innovative designs and accessibility. Accordingly, RTA was in a position to ensure the continuity of business and deliver customer services at high class standards during Covid-19 lockdown," he noted.

"RTA is currently updating and following-up the implementation of 111 projects as part of its digital strategy 2020-2024. It intends to launch a roadmap of future technologies in the last quarter of this year, and undertake a roadmap of the 5th generation technologies in the second quarter of next year. The magnitude of RTA’s big data by the end of 2020 amounted to 127 terabytes, which is equivalent to archiving 64 billion papers. The number of smart screens installed by RTA amounted to 970 screens," elaborated Al Tayer.