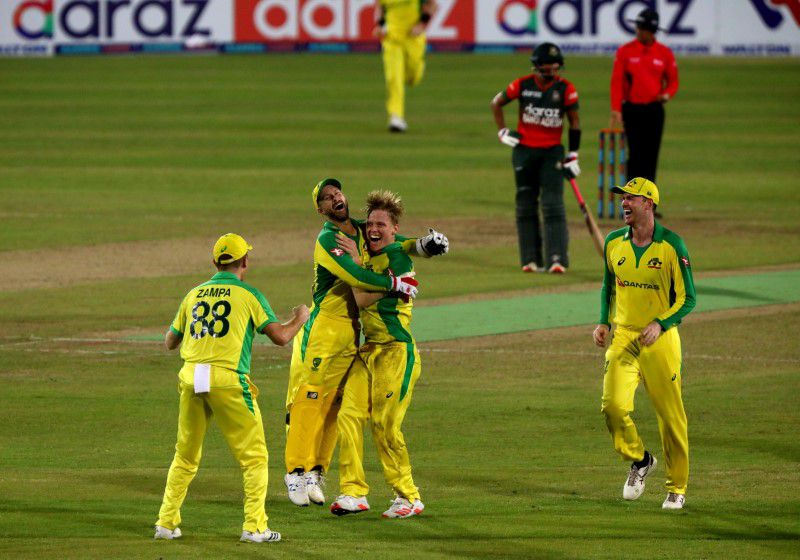 Australia's Nathan Ellis celebrates with his teammates after taking the wicket of Bangladesh's Mahedi Hasan to complete his hat-trick. Reuters Photo

Ellis, who became the first male player  to secure a T20 hat-trick on his debut against Bangladesh this month, was named on Thursday as one of Australia's three reserve players for the T20 World Cup, which begins in October.

The eight-team IPL was suspended in May after several players and backroom staff tested positive for the coronavirus amid a devastating second wave of Covid-19 in India.

The lucrative tournament is scheduled to resume from Sept. 19 in the United Arab Emirates, with the final set for Oct. 15.