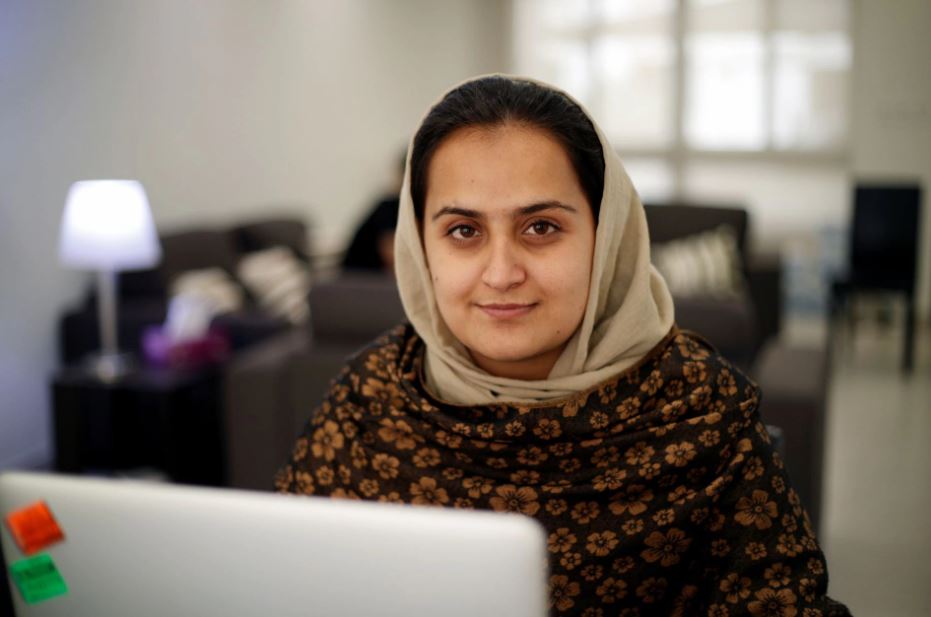 Afghan television anchor Beheshta Arghand gathered her breath and adjusted her headscarf to look more like a traditional close-fitting hijab when a Taliban official showed up, uninvited, in her studio, asking to be interviewed.

It was only two days after the Islamist group took over Kabul. She looked down at her body to be sure that no other parts were showing and started firing her questions.

Her live interview made headlines around the world as she became the first Afghan female journalist to quiz a member of the hardline group.

"(Luckily) I always wear long clothes in the studio because we have different people with different minds," the 23-year-old told Reuters in Doha, where she has lived since fleeing Afghanistan on August 24 with the help of Nobel Prize winner Malala Yousafzai.

"Women - Taliban they don't accept. When a group of people don't accept you as a human, they have some picture in their mind of you, it's very difficult," she said.

The interview, part of a broader Taliban media campaign, aimed to show a more moderate face as they promised they would respect women's rights and include other Afghan factions in a power-sharing deal.

Arghand had already been on set in the studio when the Taliban official arrived.

"I saw that they came (to the television station). I was shocked, I lost my control ... I said to myself that maybe they came to ask why did I come to the studio," she added.

It was about a week before her life turned into a nightmare, she said.

She said the Taliban ordered her employer Tolo News to enforce that all women should wear a hijab - closely covering their heads but leaving the face uncovered - and subsequently suspended female anchors in other stations.

She said the Islamist group also asked local media to stop talking about their takeover and their rule.

"When you can't (even) ask easy questions, how can you be a journalist," Arghand said.

Many of her colleagues had already left the country by then despite Taliban assurances that the freedom of the media was improving every day and that women would have access to education and work.

She was soon to follow, along with her mother, sisters and brothers. They joined the tens of thousands of foreigners and Afghan nationals who took part in the chaotic US-led evacuation.

"I called Malala and asked her if she can do something for me," she said. She said Yousafzai, who she had interviewed, helped to get her on Qatar's list of evacuees.

Yousafzai, who has spoken of her concern for the safety of women and girls in particular after the take-over, survived being shot by a Pakistani Taliban gunman in 2012, after she was targeted for her campaign against its efforts then to deny women education.

Looking back, Arghand said she realised how much she loved her country and a profession she chose over the objections of her family.

"When I sat in the airplane, I told myself that now you don't have anything," she said.