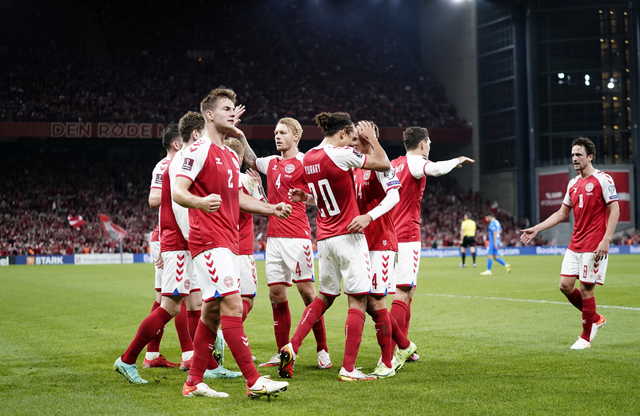 The Danes have now won all six of their games, scoring 22 goals conceding none, and top the standings with 18 points. They have a seven-point lead over second-placed Scotland, with Israel a point further back and four games left to play.

The 21-year-old Damsgaard, who broke into the side after Christian Eriksen suffered a cardiac arrest in their opening Euro 2020 match in June, was once again the creative fulcrum and it was his shot that was parried into the path of Yussuf Poulsen, who scored the opener in the 28th minute.

Captain Simon Kjaer added a second three minutes later and Andreas Skov Olsen also netted before the break. Thomas Delaney scored in the 58th minute and Andreas Cornelius added a fifth in stoppage time as the Danes dominated the game.