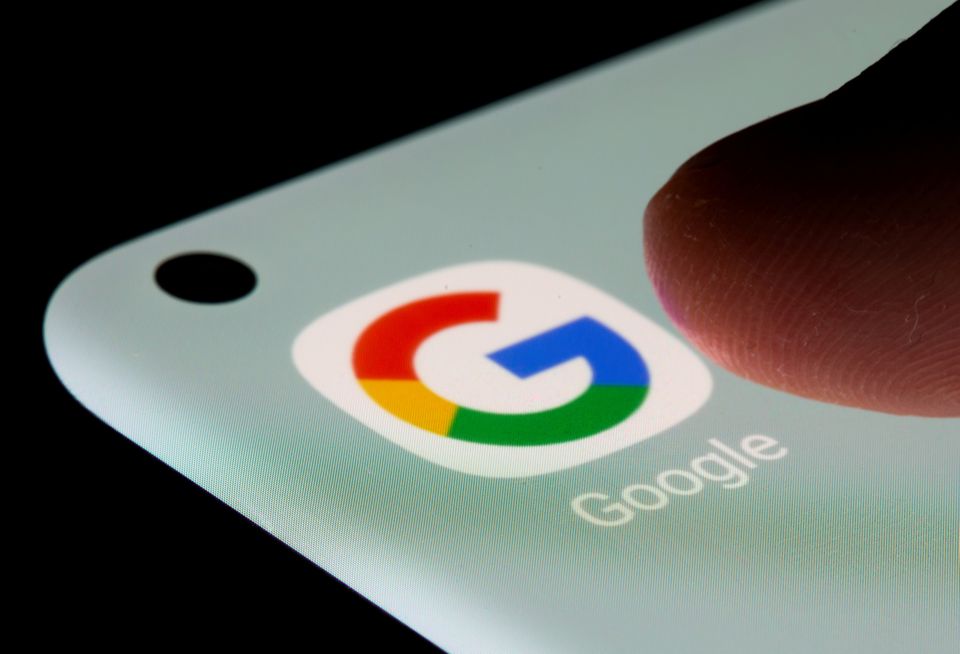 Google app is seen on a smartphone in this illustration taken, July 13, 2021. REUTERS/Dado Ruvic/Illustration/File Photo

Android app makers suing to stop Alphabet Inc's Google from siphoning up to 30% of their sales received little reassurance about their chances on Friday as a judge allowed a comparable fee charged by Apple Inc to stand.

Developers including "Fortnite" maker Epic Games in the last year took aim at the two biggest mobile app stores, run by Apple and Google. The critics view the fee as needlessly high, costing developers collectively billions of dollars a year, and a function of the two big tech companies having monopoly power.

Google's trial is at least a year away, time both sides could use to hone arguments based on the Apple decision, legal experts said.

In a ruling on Friday following a trial between Epic Games and Apple, US District Judge Yvonne Gonzalez Rogers required Apple to let developers tell customers about ways to pay outside of its App Store, leading Apple shares to fall 3.3%. Alphabet dropped 1.9%.

Google's Play store employs rules similar to the ones struck down in the Apple case, limiting developer communications with their customers, and Tom Forte, an analyst at D.A. Davidson, said Google could be at risk, too. He also noted the remaining risk of new regulatory action by lawmakers.

But Gonzalez Rogers allowed standing requirements that developers bemoan even more. Those rules, including that in-app payments, be made on Apple's own system, allow the company to collect its 15-30% fee.

Vanderbilt Law School professor Rebecca Haw Allensworth said she agreed Gonzalez Rogers' findings were discouraging for the case against Google, while Valarie Williams, an antitrust partner at law firm Alston & Bird, said Google "will likely be encouraged by the ruling."

The judge said the Apple restrictions allow users to rest assured that the apps they buy for the most part are free of viruses and pornography and that what they paid for will be delivered.

Apple's fee leads to "extraordinary profits," according to her ruling. But if she forced Apple to ease restrictions, the company might struggle to gain any remuneration for providing a platform to developers, she said. Apple's selling point to consumers about having strong security and a centralised system also would be undermined, the judge added.

Its 30% rate, she said, was set "almost by accident when it first launched the App Store" rather than as a result of market power.

Google has made similar arguments of privacy and security benefits as justification for its rules and fee, and it has long followed Apple's lead on commission levels, Google documents revealed in lawsuits show.

With Google's smaller share in the US mobile app market, plaintiffs may have to reframe arguments to succeed against Google. Gonzalez Rogers said Epic's challenge of any commission at all was an unreasonable position versus Apple, and that Epic failed to offer clear evidence of the iPhone maker being a monopolist.

Tweaked arguments may not be enough. The case against Google has been more difficult from the start. Google makes it possible to install apps from other sources, taking away from the monopoly argument. It also historically has been more lenient in enforcing some of its policies.

Google, Epic and attorneys for other developers suing the Play Store operator declined to comment. Utah's attorney general, which is helping lead a related lawsuit by US states, said it is reviewing the judgment.