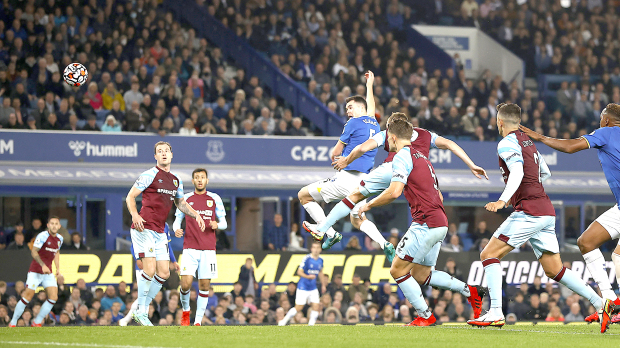 LIVERPOOL: Everton struck three times in seven minutes in the second half as they came from a goal down to beat Burnley 3-1 and move level on points with Premier League leaders Manchester United at Goodison Park last night.

Ben Mee’s header on his 200th Premier League appearance handed Burnley the lead in the 53rd minute but Everton’s response was emphatic as the hosts came alive to claim their third league victory of the season.

Michael Keane headed Everton’s equaliser in the 59th minute before Andros Townsend curled in a sensational left-footed finish to give Everton the lead – his first league goal since joining on a free transfer from Crystal Palace.

Seconds later Demarai Gray went through all alone to slot home Everton’s third goal to the delight of the home fans who had not liked what they had seen earlier.

Everton moved into fourth spot with 10 points from four games – level on points with Liverpool, Chelsea and United.

Burnley had been the better side in the first half but they are still awaiting their first league win of the season and remain on one point in 18th place.