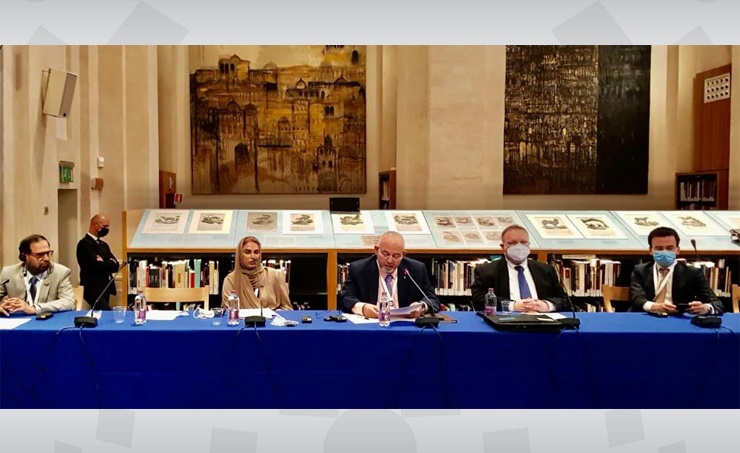 BNA Photo
BOLOGNA: Bahrain’s efforts to promote coexistence among all communities regardless of their faith have been highlighted at an annual global inter-faith gathering in Bologna, Italy. Justice, Islamic Affairs and Endowments Minister Shaikh Khalid bin Ali Al Khalifa cited Bahrain hosting the Dialogue Among Civilisations in 2002 and 2014, the Bahrain Declaration launched in 2017 and the establishment of the King Hamad Global Centre for Peaceful Coexistence, as well as the King Hamad Chair at the University of Sapienza to promote dialogue and coexistence .