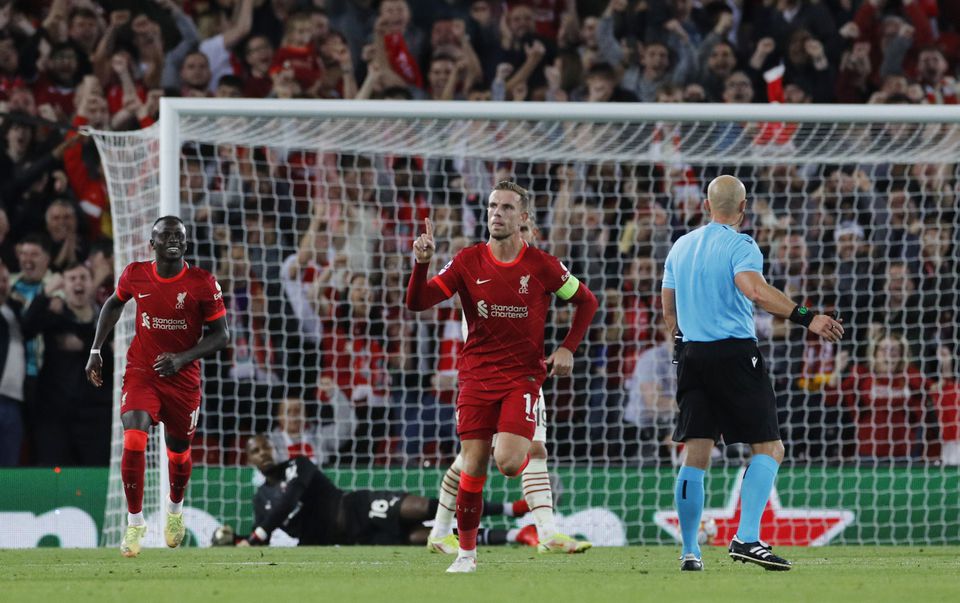 LIVERPOOL: Liverpool captain Jordan Henderson struck a rare Champions League goal to earn his side a 3-2 victory over AC Milan in a rip-roaring Group B opener at a rocking Anfield last night.

Henderson rifled home in the 69th minute to settle an absorbing contest Liverpool had threatened to run away with when Fikayo Tomori’s own goal handed them an early lead.

Remarkably, after soaking up a Liverpool bombardment in which Mohamed Salah missed a penalty, Milan struck twice in quick succession at the end of the first half with Ante Rebic and Brahim Diaz silencing the home crowd.

Milan had a goal disallowed shortly after the break before Salah made amends for his penalty miss by equalising from close range in the 49th minute.

The outcome was still in doubt until Henderson capped a memorable Anfield night with a thumping effort – only his second in the competition and first for seven years.

Meanwhile, Christopher Nkunku scored a hat-trick for RB Leipzig but ended on the losing side in a nine-goal thriller as Manchester City, last season’s Champions League runners-up, made a positive start in Group A with a 6-3 win at the Etihad Stadium.

Real Madrid substitute Rodrygo struck an 89th-minute winner to earn his side a 1-0 victory away to Inter Milan.