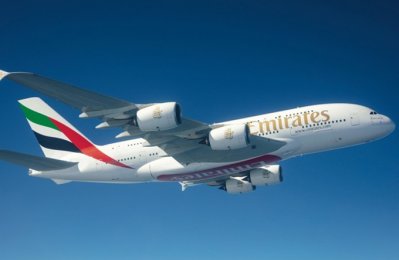 Emirates has announced plans to increase flight frequencies to a number of US destinations from October.
The airline has been building up connectivity in response to growing customer demand on the back of rising travel confidence and the easing of international travel protocols. There has also been a growing interest from US travellers to visit Dubai, a city that offers something for everyone and will be hosting a number of major events including the World Expo this winter, said the airline.
Starting from October, Emirates will be operating 78 weekly flights to 12 destinations in the US with an increase in weekly flights scheduled for Boston (BOS), Dallas (DFW), New York (JFK), San Francisco (SFO), Seattle (SEA) and Washington DC (IAD) as follows:
• Boston: five weekly flights, increasing from four flights a week;
• Dallas: five weekly flights, increasing from four flights a week;
• New York: 19 weekly flights, increasing from 18 flights a week (including flights connecting Milan and New York);
• San Francisco: five weekly flights, increasing from four flights a week;
• Seattle: five weekly flights, increasing from four flights a week;
• Washington DC: five weekly flights, increasing from four flights a week
Emirates has already restored pre-Covid-19 daily flight frequencies to Chicago, Los Angeles and on the routes connecting Athens-Newark and Milan-New York.
Emirates’ flagship A380 aircraft featuring the signature Onboard Lounge and Shower Spa will be flying to the US 24 times a week (12 flights to JFK, 7 flights to LAX and 5 flights to IAD) from October, it said.
Winter season ramp-up
The airline is planning to further supplement its capacity for the winter season in line with customer demand and travel trends. By early December, Emirates will have restored more than 90% of its pre-Covid flight frequencies to the US with daily flights added to Boston, Dallas, Houston, San Francisco, Seattle and Washington DC in addition to double daily flights to New York.
Customers from the US will also have more opportunities to fly on the airline’s iconic Airbus A380 aircraft from November with 35 weekly flights. Emirates’ flights between Milan and New York will also be upgraded to the A380 from October 31, resulting in New York being served three times a day by the double decker aircraft. In addition to Los Angeles, New York and Washington DC, the Airbus A380 will return daily to San Francisco from December 2021, it said.
With this step up in flights, Emirates customers travelling to and from the US on holiday, for work or for visiting family and friends now have additional options for connecting to their destinations. Additionally, through its codeshare agreement with JetBlue, Emirates customers can enjoy seamless connectivity to over 63 destinations in the US and more than 100 destinations through its interline agreement with Alaska Airlines.
Dubai has emerged as one of the most popular destinations around the world having remained open to international business and leisure visitors. This winter, Dubai will be hosting the World Expo, the first event of its kind to be hosted in the region. Emirates, the Premier Partner and Official Airline of Expo 2020 Dubai, has launched an exclusive offer for customers to experience the event with a free Expo Day Pass for every flight ticket booked from October 1, 2021 to March 31, 2022. US customers travelling to or transiting through Dubai can use the Expo Day Pass to visit the many attractions including the US pavilion which showcases a dynamic society that has shaped the modern world or choose to attend one of the many live entertainment events.
Emirates has also been scaling up its flights to destinations across regions. In the Americas, the airline will be operating daily flights to Sao Paulo from October and is increasing flights to Mexico City via Barcelona to five times a week. Emirates has also enhanced its operations to European and African destinations including 25 flights a week to Cairo and 28 weekly flights to South Africa. Popular holiday destinations such as the Maldives will also see a ramping up of operations with Male being served by four daily Emirates flights from mid-October. - TradeArabia News Service