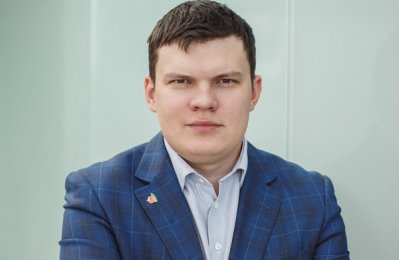 Dmistir Lashin
L-Charge, the Russian-based manufacturer of innovative charging infrastructure for electric vehicles, will debut its cutting-edge technologies at Gastech Exhibition and Conference from September 21 to 23.
L-Charge will highlight how its unique charging solutions, including the stationary and mobile charging stations operated by hydrogen or gas-fueled electrical generator, offer companies from key sectors, mainly the gas and energy, unique advantages such as environmentally- friendly, more reliable and cost-effective and easy to set up chargers, with the ability to add 100 kilometres for EV within 2-7 minute charging.
Dmistir Lashin, the CEO of L-Charge, who joins more than 300 distinguished line-up of speakers at the conference, said: "Dubai and the UAE have taken remarkable strides in adopting the most state-of-the-art technologies, mainly in the transportation sector. Such a strategy underpins a futuristic vision aimed to bring the country on par with the world's top cities that have moved to advocate renewable and clean source of energy to operate businesses; thereby preserving the natural resources and helping build a better future for generations to come."
"As one of the leading innovative EV charging infrastructure manufacturers in Russia and globally, we are keen to support the UAE and region's drive to transform their existing business models of vehicle fleets into electricity-operated ones. L-Charge's outstanding solutions, including the world's first mobile off-grid super charger, can be deployed everywhere and at any time, offering businesses and motorists a hassle-free service to pursue their journeys."
L-Charge offers its charging stations in two versions: the stationary and mobile. The stationary station can be in-stalled in any location - by highways and traditional petrol stations, in car parks etc.
The mobile version consists of a truck that can travel around the city, charging electrical vehicles upon demand. Unlike their competitors worldwide, L-Charge’s infrastructure are mini power stations capable of generating and storing energy and charging electric cars with no need for a grid connection. This makes the company’s charging stations not only autonomous and independent of the power grid, but also environmentally clean.
L-Charge off-grid charger adds more than 100 kilometres of range in 2-7 minutes. It uses the cleanest fuel types for their chargers: LNG (liquid natural gas) or an LNG/H2 mixture (the ratio depends on regulations and fuel prices) or pure H2.
Natural gas and hydrogen can be stored and transported as a gas or as a liquid for conversion into low-carbon or clean and feasible energy almost anywhere in the world.
Earlier this year, L-Charge began pilot operation of the world’s fastest mobile charging station in Moscow. The company plans  to develop a network in Paris, Berlin, New York, Amsterdam and London as well as in the rest of the world.
The electric car industry is expanding rapidly. The International Energy Agency says the number of electric cars, buses, vans and heavy trucks on roads is expected to hit 145 million by 2030. It is also predicted that in 20 years more than 50% of new cars on roads worldwide will have an electric powertrain.
The UAE is the region's leader in motivating and using electric vehicle. 20% of government vehicle fleets has been transformed into EV. Besides, the UAE is expected to have 42,000 EV on its road by 2030.-- TradeArabia News Service