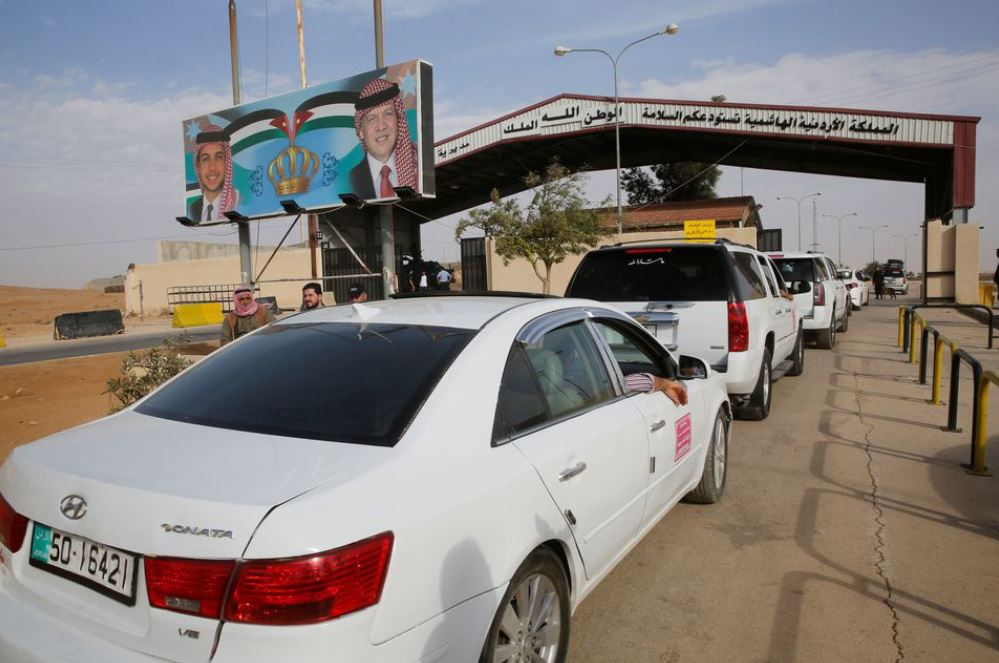 Jordan will fully reopen its main border crossing with Syria from Wednesday, government and industry officials said, as a high-level Syrian team arrived in Amman to discuss how to ease the flow of goods hit by the pandemic and a decade of conflict.

Although the Jaber crossing has been open since 2018 after the Syrian government drove rebels from southern Syria, trade has yet to recover to the $1 billion pre-war level.

The pandemic led to measures to try to curb transmission of the coronavirus and those restrictions will be lifted from Wednesday, officials told Reuters.

Interior Minister Mazen Faraya said restrictions on Syrian transit cargo to Gulf markets and Iraq through Jordan will also be lifted, which Damascus has been pushing for.

Transit cargo from the Gulf will also be allowed from Jordan to Syria along with unrestricted passenger traffic, Faraya told Jordan's Al-Mamlaka public broadcaster.

Before the conflict in Syria, the Nasib-Jaber crossing was a transit route for hundreds of trucks a day transporting goods between Europe and Turkey and the Gulf.

Jordanian businessmen had largely shunned dealing with Syria after the 2019 Caesar Act - the toughest US sanctions yet that prohibited foreign companies trading with Damascus.

Hit by economic slowdown caused in part by the pandemic, Jordanian businessmen have lobbied the government to ask Washington to ease restrictions on items it needs approval to import from Syria, where traders have long had close partnerships.

Syria’s only normally operating frontier crossing has been with Lebanon, and in recent years Iraq after the reopening of the Qaim crossing in 2019.