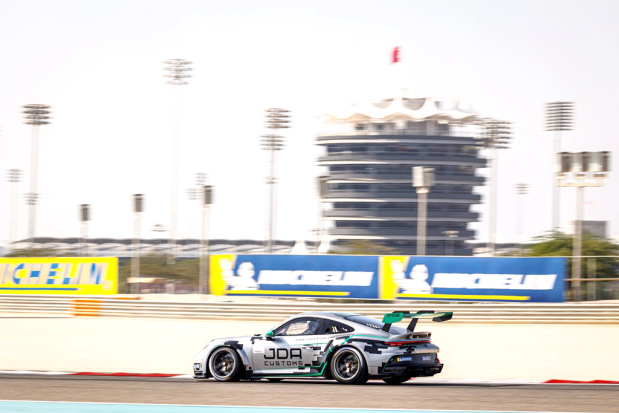 Bahrain International Circuit (BIC) is all geared up to bring the curtain down on the 2021 season of the FIA World Endurance Championship (WEC) this weekend with the highly anticipated Bapco 8 Hours of Bahrain in Sakhir.

This year’s hugely exciting campaign is set for a thrilling climax as ‘The Home of Motorsport in the Middle East’ hosts endurance racing’s global elite for a sixth and final round.

It will be the second successive week that the Spirit of Le Mans is brought to life at BIC. It follows the successful hosting of the Bapco 6 Hours of Bahrain just days earlier.

The road to the first-ever WEC double-header in the kingdom featured stops earlier this year across Europe in Spa, Belgium; Portimao, Portugal; Monza, Italy; and Le Mans, France. Bahrain continues to remain the only destination of the WEC in the region, and this year it’s only event in all of Asia.

Action this weekend kicks off today behind closed doors. The WEC’s field of competitors will be holding one Free Practice session over 90 minutes between 5.30pm and 7pm. Also today, the supporting Porsche Sprint Challenge Middle East will hold two 45-minute Practices, with the first starting at 4pm and the other at 7.15pm.

Tomorrow and Saturday will be open to the public. Tomorrow’s on-track action will include WEC’s second and third Free Practice along with Qualifying, while the Porsche Sprint Challenge will have their Qualifying session to set the grid for Race One in the late afternoon.

All are invited to attend the weekend’s events, which will also include a colourful off-track entertainment programme featuring a vibrant mix of international dance shows, music acts and roaming performers, plus a delightful kids’ zone.

Tickets for tomorrow and Saturday can be purchased online or at the gate. They cost BD5 for adults and BD2.5 for children aged three to 12 years old. Kids under three are free, whilst there are also further discounts available for students, those with special needs and senior citizens.

Tickets are priced as one of the most affordable ways to witness a World Championship motorsport event. Full details are available at bahraingp.com.

Spectator entry policy for the race weekend is in line with Bahrain’s prevailing Covid-19 traffic light system. Under the current green conditions, entry is permitted to all.

The WEC’s newest champions in the Hypercar, Le Mans Prototype (LMP) 2 and the Le Mans Grand Touring Endurance (LMGTE) Pro and Am classes will be crowned when the desert dust settles Saturday night.

Toyota Gazoo Racing have already secured the first-ever Hypercar World Endurance Championship following their superb one-two last weekend, but all the other titles are still up for grabs.

While the FIA WEC field will be closing their season this weekend, the Porsche Sprint Challenge’s contenders will be opening theirs.

A field of 23 drivers in two competition classes will be suiting up for the meeting. They will be behind the wheel of the series’ all-new Porsche 911 GT3 Cup (Type 922) cars. These are powered by a six-cylinder Boxer engine that generates 510hp, with a maximum torque of 470Nm at 6,150rpm.

The Porsche Sprint Challenge Middle East’s 2021/2022 season will feature five rounds in all. Round two will be held next month at Jeddah Street Circuit in support of the inaugural Formula 1 Saudi Arabian Grand Prix, while the next two events will be in the UAE with Dubai Autodrome hosting round three in January and then Yas Marina Circuit staging round four in February.

The season-finale will then be back in Bahrain next March, to be held in support of the Formula 1 Gulf Air Bahrain Grand Prix.