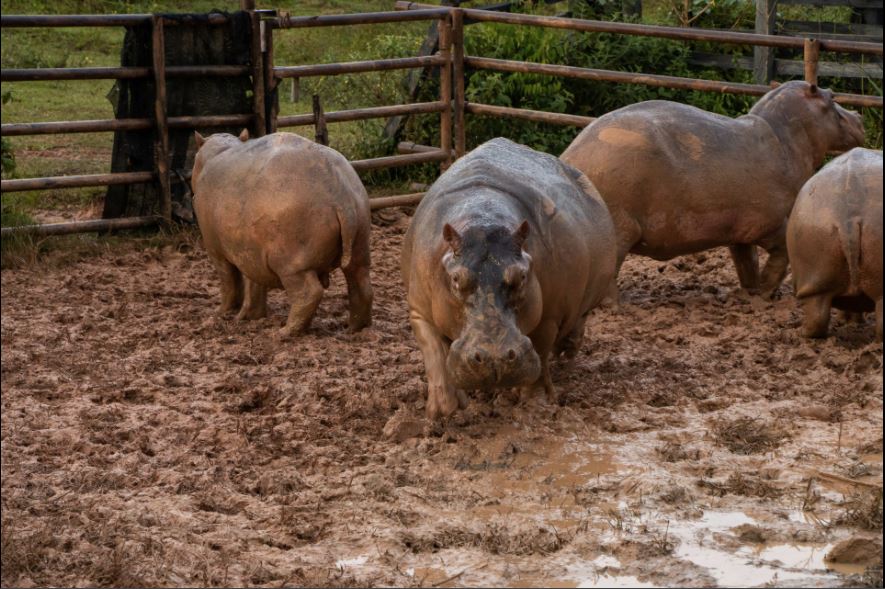 Around 90 hippopotamus, descendants of those Escobar imported more than 30 years ago for his private zoo, are thought to roam Colombia, said David Echeverri, coordinator for forests and biodiversity at regional environmental authority Cornare, in an interview.

Hippo waste threatens water environments, and the beasts may attack people and destroy crops, according to a study published in the journal Biological Conservation. Neutering the animals, native to Africa, through surgical sterilization is risky and costly.

The darting campaign will hopefully help "stop (population growth) now, before it gets to the thousands, before people get killed and more of the environment gets negatively affected," said Jason Bruemmer, project leader for fertility control at APHIS.