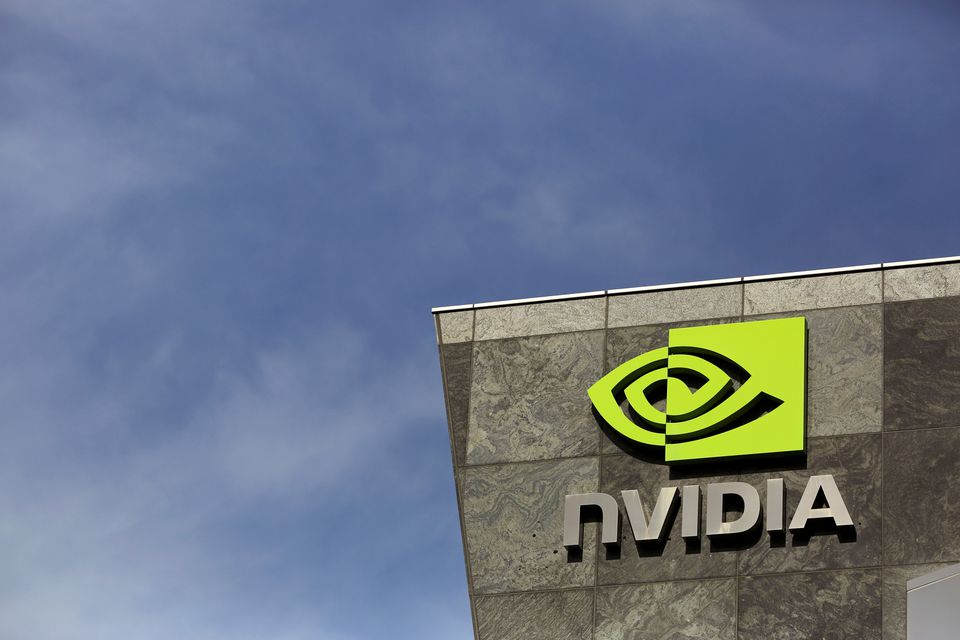 The logo of technology company Nvidia is seen at its headquarters in Santa Clara, California February 11, 2015. (Reuters Photo)

Nvidia (NVDA.O) is launching new technology to expand its reach in the automotive industry, including a virtual driving assistant that can park a standard car and a system to speed up the training of autonomous vehicles.

As part of its fall new product event, centred on its "Omniverse" simulation technology, Nvidia Chief Executive Jensen Huang said the company will begin offering automakers a system called Drive Concierge. It uses Nvidia hardware and artificial intelligence software to provide a variety of services, including an autonomous driving function that allows a human-driven vehicle to park itself.

Another extension of the Omniverse strategy will be a system called "Omniverse Replicator" that will simplify and speed up the tasks required to create a virtual world for training automated vehicles.

Nvidia, the world's biggest maker of graphics and artificial intelligence chips, has been pushing for years to expand technology originally developed for computer gaming and graphics into the auto industry.

Now, Nvidia is looking to capitalize on the intense competition among automakers to develop vehicles that can drive themselves and deliver sophisticated entertainment and information to the humans on board.

The firm is working to put high-powered chips and software into vehicles, and also sell technology that can create a highly detailed simulation of a factory to help manufacturers cut costs when building new plants, or an artificial universe for a robotaxi or self-driving truck to learn how to drive.

Nvidia now has $8 billion in automotive revenue booked over the next six years, including business from automated trucking and robotaxi companies, said Danny Shapiro, Nvidia's vice president of automotive.

A number of automakers, including Daimler AG's (DAIGn.DE)Mercedes-Benz luxury vehicle brand, VolvoCar AB (VOLCARb.ST)and Nio(NIO.N), have partnered with Nvidia to catch up with Tesla Inc's (TSLA.O) lead in software-driven features.

Mercedes and Nvidia announced in June 2020 a partnership to develop a new generation of Mercedes vehicles with Nvidia's Nvidia Drive Orin AGX platform engineered in to provide autonomous driving and other functions. The first of those Mercedes vehicles is planned to launch in 2024.