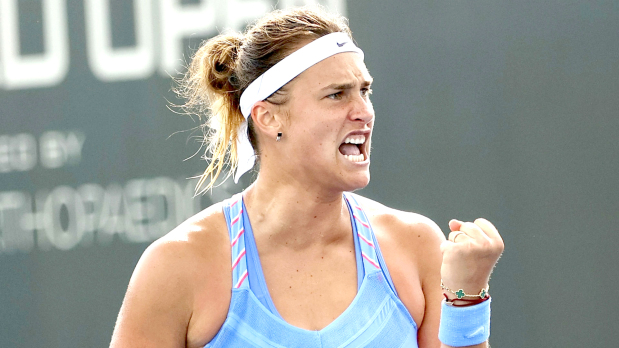 LONDON: With world number one and holder Ash Barty sitting out this week’s WTA Finals, the only certainty for the eight players competing at the season-ending showdown in Guadalajara, Mexico, is that a new champion will be crowned.

Barty, who counts Wimbledon among the five titles she captured this season, said last month that she would end her 2021 season early due to Covid-19 travel and quarantine restrictions in Australia and start preparing for her home Grand Slam in Melbourne in January.

Her absence means world number four Karolina Pliskova, who is competing in her fifth consecutive WTA Finals, and Spanish No. 5 Garbine Muguruza, back for the first time since 2017, are the only two players with previous experience in the event.

Sabalenka will be hoping to put the finishing touches on what has been a breakthrough season that included wins in both Abu Dhabi and Madrid along with semi-final appearances at Wimbledon and the US Open.

Pliskova, widely considered one of the best active players without a Grand Slam title, had a slow start to the season but reached the Wimbledon final before stringing together an impressive run on the North American hardcourts.

The former world number one finished runner-up in Montreal, made a run to the semis in Cincinnati and then reached the US Open quarter-finals to secure her fifth consecutive spot in the WTA Finals, the longest active qualifying streak on tour.

Muguruza enjoyed her best WTA Finals showing in her 2015 debut when she lost in the semi-finals to eventual champion Agnieska Radwanska.

Kontaveit, the final singles player to secure her place in Guadalajara, will bring sky-high confidence into the event given a remarkable end-of-season run during which she came out of nowhere to win 26 of 28 matches and collect four titles.