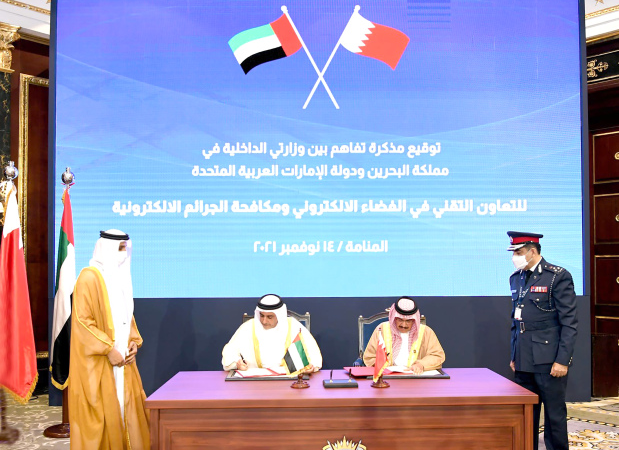 Bahrain and the UAE have signed a memorandum of understanding to promote co-operation in cyberspace and the fight against cybercrimes. It was signed by General Shaikh Rashid and the UAE’s Deputy Prime Minister and Minister of Interior Lieutenant General Shaikh Saif bin Zayed Al Nahyan, on the sidelines of the GCC interior ministers’ meeting

The GCC Police Authority, being developed under the UAE’s support, will be a major expertise exchanging system that will serve as a base for security co-ordination, he said.

Gen Shaikh Rashid was speaking as he chaired the 38th meeting of the GCC Interior Ministers.

The meeting was held in Bahrain, with the participation of GCC Secretary General Dr Nayef bin Falah Mubarak Al Hajraf.

“I assert the importance of reviewing and reinforcing civil protection procedures through exchanging expertise and learning about scientific experiences to achieve the highest level of protection and general safety,” he said

The meeting reviewed various security topics that promote co-operation and co-ordination to enhance performance and face challenges and rapid regional and international changes.