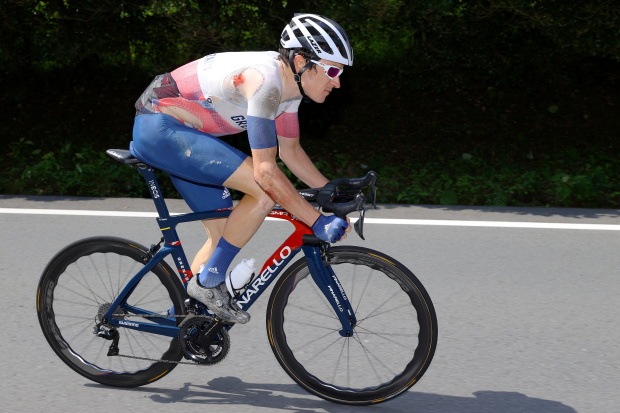 British double Olympic gold medallist Geraint Thomas was delighted after he was reunited with his bike that had been stolen on Sunday outside a coffee shop during a training ride rest on the French Riviera.

Thomas, the 2018 Tour de France winner, earlier said on Twitter he was forced to take a taxi home after "someone nicked my bike".

But three hours later the 35-year-old said the bike had been found with the help of the police.

"Look what showed up!!" Thomas posted on Twitter with a photo of himself smiling next to his Pinarello Dogma F bike, which police handed back to him.

"Big thanks to the Menton Police for their help. All's well that ends well."

Thomas has yet to sign a contract extension with the Ineos-Grenadiers team.