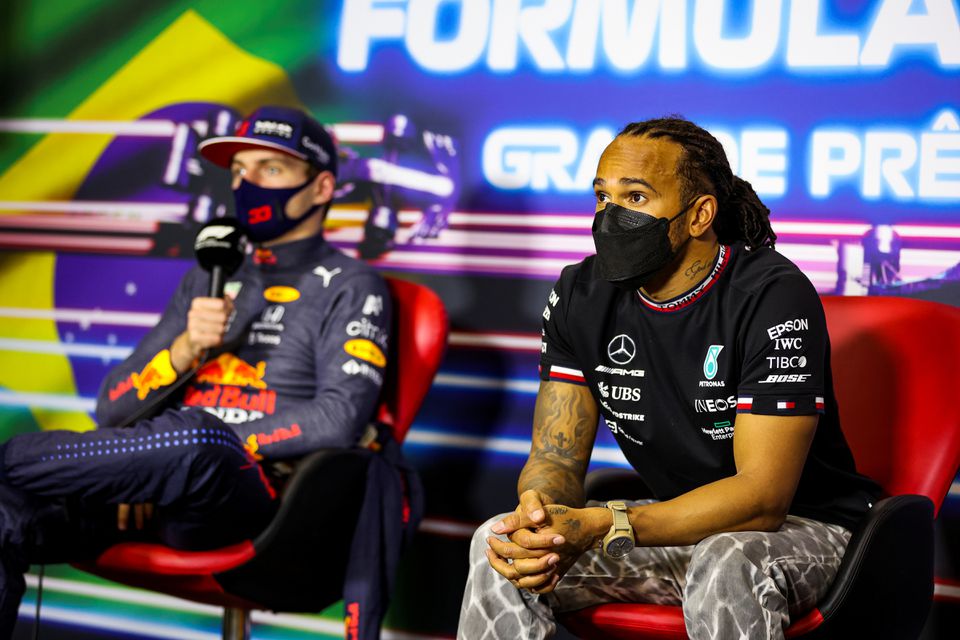 Lewis Hamilton and Max Verstappen take their title battle into the unknown this weekend as Qatar hosts a Formula One grand prix for the first time at a track better known for two-wheeled thrills.

The last of three races on successive weekends from Mexico via Brazil, Qatar also starts a final run of three in the Middle East to decide whether Mercedes' Hamilton wins a record eighth championship or Red Bull's Verstappen takes his first.

Hamilton slashed the gap to 14 points after overcoming a series of setbacks with one of his finest career victories at Sao Paulo's Interlagos circuit last Sunday.

Brazil was marked by suspicion and controversy, and that is set to continue at the 20th race of the season with Mercedes seeking a stewards' review of a defensive move by Verstappen that forced Hamilton off track.

Meanwhile, fans will be on tenterhooks for the next instalment of the battle between two adversaries driving hard and at their best.

"We’re seeing a titanic battle for this year’s two championships, and the race in Brazil was just another twist in an engrossing tale," said Formula One's managing director Ross Brawn.

"Mercedes had the edge (in Brazil), but it could swing back into Red Bull’s favour next time. It’s been fantastic. No one knows what will happen next."

"The final race of a triple-header can sometimes test your energy levels but with just three races to decide both championships, our motivation is greater than ever," added the Austrian.

"Our focus is on channelling it in the most effective way."

Mercedes are 11 points clear of Red Bull in the constructors' championship.

Qatar's Losail circuit near Doha has regularly hosted MotoGP's season-opening race and is fast and flowing with a mix of medium and high-speed corners and a one km long main straight.

It will be followed by another new venue in Saudi Arabia, a street circuit in Jeddah, before the final in Abu Dhabi where changes have been made to the track since the last time Formula One raced there.

"I think I’ve only been to Qatar once for a prize giving so I’m looking forward to going back," said Verstappen. "Hopefully we can perform well there. It always looks cool when we see MotoGP race there."

Verstappen's Mexican team mate Sergio Perez has raced previously at Losail, having won there in the GP2 Asia series in 2009.