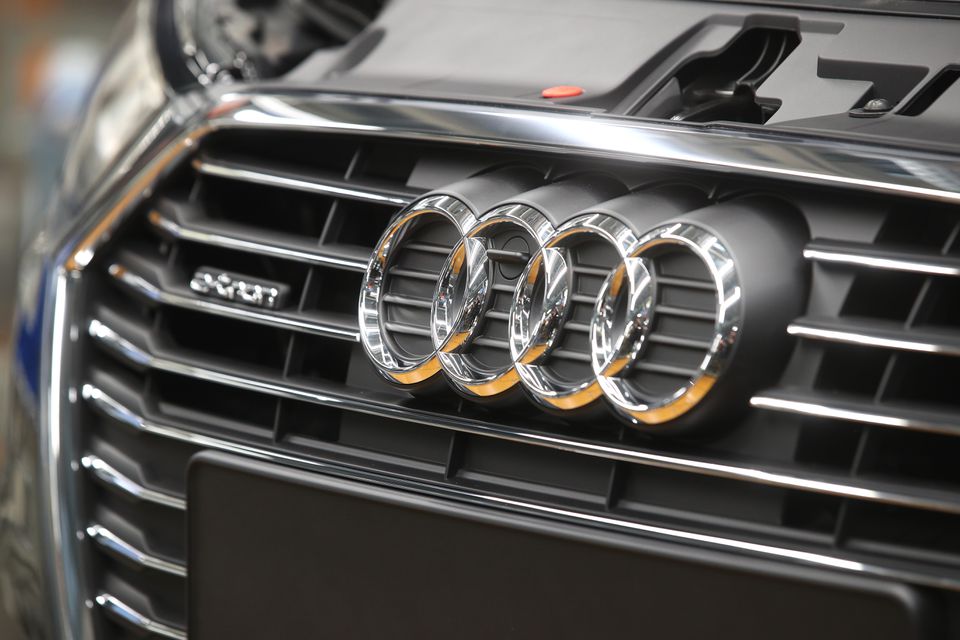 The Audi logo is seen on the car at the production line of the German car manufacturer's plant in Ingolstadt, Germany. (Reuters Photo)

A decision on a possible partnership between Volkswagen's Audi (VOWG_p.DE) and British sportscar maker McLaren was discussed at Audi's supervisory board meeting on Wednesday but will likely take until next year, two sources told Reuters.

Volkswagen (VOWG_p.DE), which owns Audi, discussed whether to get a foot into the Formula One market at a meeting last week, two sources who declined to be named told Reuters on Wednesday.

Its ultimate decision will rest on whether Formula 1 follows through on its plans to switch to synthetic fuels by 2026, a source told Reuters, and on McLaren's progress regarding electrification of its vehicles.

Volkswagen has invested the most of any global carmaker by far in electric vehicle production and batteries in an attempt to clean up its image from the Dieselgate emissions scandal and remain in line with governmental carbon reduction targets.

Audi declined to comment on a specific partnership with McLaren, but said it was "consistently exploring different cooperation ideas".

McLaren did not immediately respond to a request for comment.

The British sports car maker told Reuters in February it was looking to generate revenue by selling some of its new technology to other automakers, including a new in-house produced carbon chassis to reduce the vehicle's weight.

Red Bull has worked with the Volkswagen Group in the past, notably in the world rally championship before the German manufacturer withdrew, and there has long been talk of a partnership with Audi or Porsche in Formula One.

McLaren would put a second supercar on Audi's books alongside Lamborghini, which it has controlled since 1998.