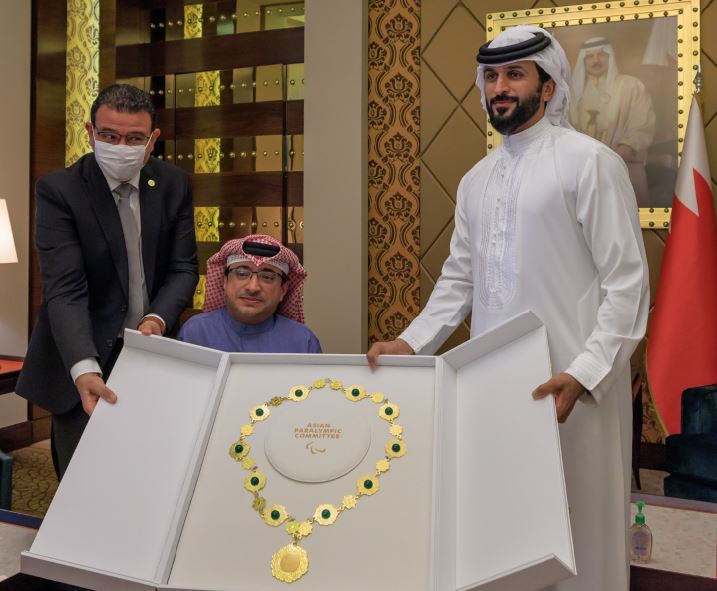 The medal was awarded in appreciation of HM's support to the committee’s effort and the Kingdom’s keenness to host the Asian Youth Paralympic Games successfully.

The meeting discussed topics of common interest and reviewed proposals and upcoming events.

HH Shaikh Nasser bin Hamad praised the Asian Confederation’s efforts in developing the Paralympic Games and implementing programs that care for determined Paralympic players and organizing events to highlight their abilities, skills and high potentials as a source of inspiration to all.

His Highness said that Bahrain implemented the directives of His Majesty the King to support the committee’s efforts in upgrading the Paralympic Games.

Al Osaimi expressed his appreciation to HH Shaikh Nasser’s vision in developing Bahraini Paralympic Games that contributed to the achievement of Bahrain’s champions at various levels.

He praised HH Shaikh Nasser’s patronage of the Asian Paralympic Games and his follow up that contributed to the success of the Games.