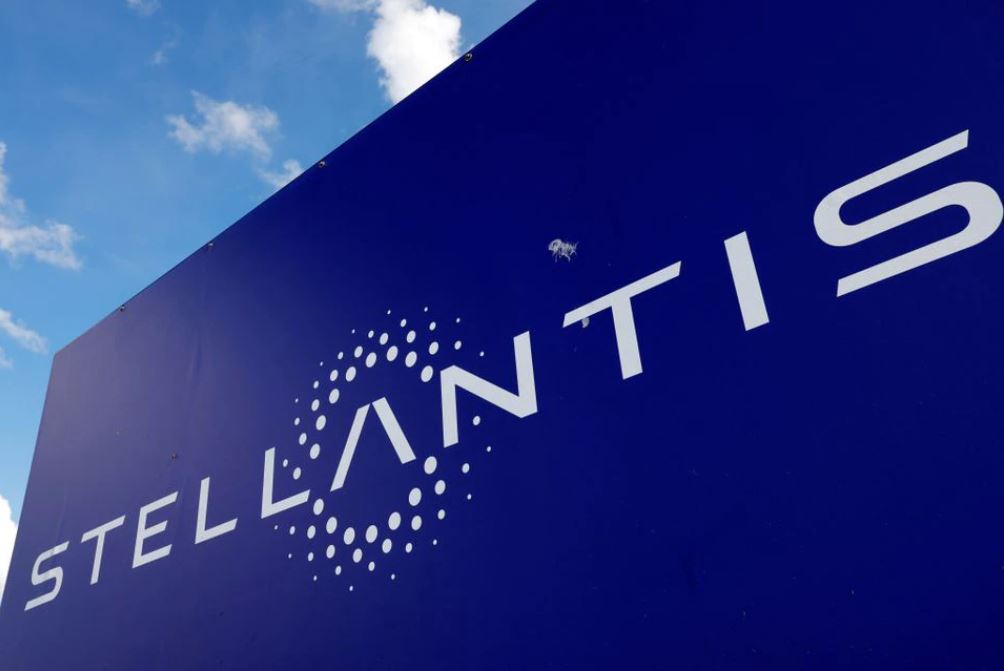 Stellantis logo at the entrance of the company's factory in Hordain, France. (Reuters Photo)

Stellantis (STLA.MI) plans to generate around 4 billion euros ($4.5 billion) in additional annual revenue by 2026 and around 20 billion euros by 2030 from software-enabled products and subscriptions, the carmaker said on Tuesday.

Software is playing an increasing role in vehicles, managing electric motors and batteries, and set-up and support for a wide range of functions such as autonomous driving, entertainment and navigation.

Presenting its long-term software strategy, Stellantis said it expected to have 34 million connected vehicles on the streets by 2030 from 12 million now.

US electric car maker Tesla (TSLA.O) is widely seen as having a lead in software capability, while legacy automakers are scrambling to catch up.

Among them, investors and analysts see Stellantis as lagging the likes of Volkswagen (VOWG_p.DE) and General Motors (GM.N) in making investments in advanced technology.

"This is something that will put Stellantis among the leaders, if not the leader, in software and electronics," he said.

Investments for software development are included in Stellantis' plan, announced earlier this year, to invest more than 30 billion euros through 2025 to execute its electrification strategy.

Bonnefont said the group would move its vehicles from current dedicated electronic architectures to an open software platform, leveraging partnerships.

"We don't want to do everything by ourselves," he said.

Stellantis has strategic partnerships with companies including BMW (BMWG.DE), IPhone maker Foxconn (2317.TW) and Alphabet Inc's (GOOGL.O) Waymo, which will allow it to "continue to drive innovation, efficiency and shared know-how", it said.

Bonnefont said Stellantis planned to finalise by the end of this year a joint venture with Foxconn to supply in-car and connected-car technologies across the auto industry.

The group on Tuesday announced a preliminary agreement to create a second partnership with Foxconn to design a family of purpose-built semiconductors to support the carmaker and other customers.