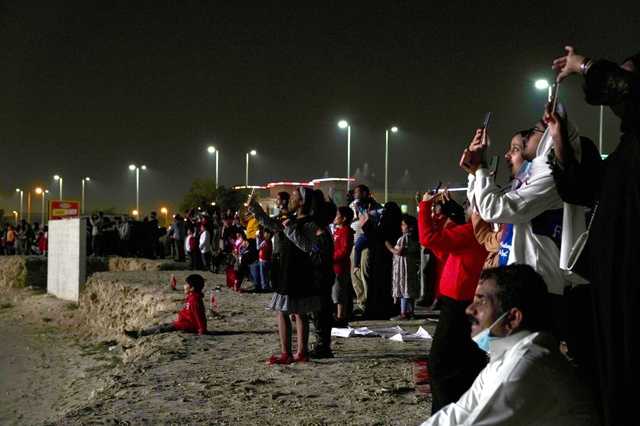 Bahrain is celebrating its 50th National Day and 22nd anniversary of His Majesty King Hamad’s accession to the throne.

Although Bahrain gained its independence on August 15, 1971 it celebrates on December 16 to coincide with the crowning day of the late Amir HH Shaikh Isa bin Salman Al Khalifa.

As for Muslims, the Prophet of Islam (S) underlined the importance of patriotism when he expressed his feelings for Mecca, his birthplace, at the time of his migration to Madina.

What heart-touching words flew out of his painful heart: “What a nice city about thou art and how ardently I love thee, Had my people not exited me, I would have never settled anywhere else.” (Tirmudhi)

A true patriot, therefore, feels happy to refresh his true nationalism on the day of Independence. He really feels it is his duty to protect the freedom of his country lest his existence be least valued under an alien power.

National Day, therefore, is a day to revive unity among the nationalists towards protecting the spirit of their country. Besides, it is the day for the old to understand the distinction of life under colonialism and independence.

It is an honour to live in an independent country like Bahrain where one can enjoy the value of freedom of religion, freedom of petition, and freedom of assembly and the like.

Freedom of religion is most needed by believers wherever they live. Although, Bahrain is a Muslim country, the people of different faiths in Bahrain such as Christians, Hindus and the like live in harmony.

The fact that they can worship and observe their respective rituals freely is due to Bahrain’s pioneering steps towards coexistence, peace and tolerance.

National Day is also an appropriate time to take stock of Bahrain’s economic status on the world stage.

The Bahraini dinar is the second highest and strongest circulating currency in the world, just behind the Kuwaiti dinar. The nation’s gross domestic product (GDP) has been estimated at $39.1 billion in 2021.

On this occasion, if we study the progress and ambitious developments, we will certainly appreciate the marvellous journey of Bahrain.

Being a resident of Bahrain for the past 43 years, I am really amazed at the fantastic developments that have taken place in the four decades.

When I landed in Bahrain a major part of the island was barren land. The roads were unpaved and not concreted. There were no trees on the road-sides.

But how magnificently the land has been transformed with tall buildings, concrete roads, dozens of parking, industrial areas, museums, entertainment centres, incredible shopping malls and the like.

Above all, the government is looking forward to improving education and health services, among others, creating a steady society, maintaining a balanced economy, by funding development and infrastructure projects, and supporting the role of women.

His Royal Highness Prince Salman bin Hamad Al Khalifa, Crown Prince and Prime Minister, is determined in fulfilling Bahrain’s Economic Vision 2030 which was launched in 2008 by His Majesty King Hamad.

It is an all-inclusive economic blueprint for Bahrain, providing a clear direction for the continued development of the kingdom’s economy and, at its heart, is a shared goal of building a better life of every Bahraini.

All that Bahrain has achieved, and is achieving, are the efforts of King Hamad and the result of his principle of “tolerance”. His pioneering steps towards coexistence, peace and tolerance have been praised by world leaders.

I extend my sincere wishes with prayers for long life with strong iman and health to the King, HRH Prince Salman, ministers, MPs and the people of Bahrain, the backbone of this beautiful archipelago.