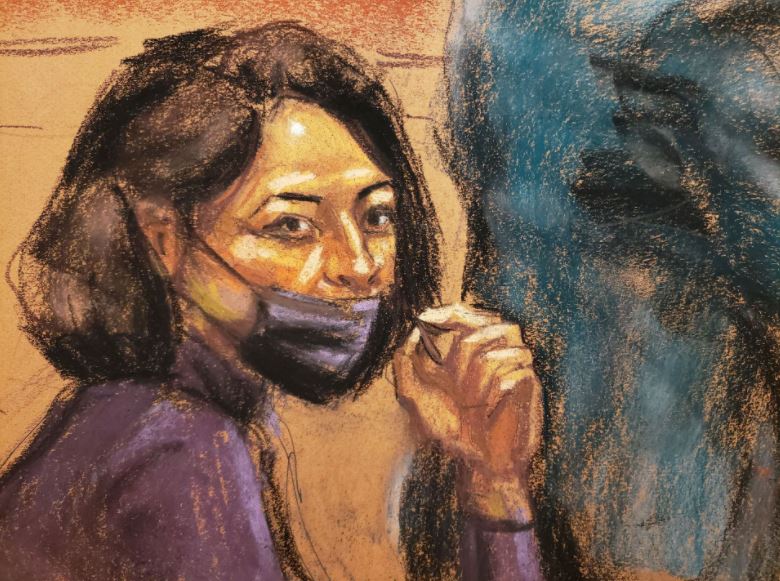 Ghislaine Maxwell's defence rested its case in her sex abuse trial on Friday after the British socialite told the judge prosecutors had not proven their case beyond a reasonable doubt.

In two days of testimony from former employees of Jeffrey Epstein, a psychologist specialising in memory, and an ex-girlfriend of the late financier, the defence sought to undercut the testimony of four women who said Maxwell set them up for sexual abuse by Epstein when they were teenagers.

Maxwell, 59, pleaded not guilty to eight counts of sex trafficking and other crimes. Her attorneys argued she is being scapegoated for Epstein's conduct. Epstein killed himself in 2019 at the age of 66 in a Manhattan jail cell while awaiting trial on sex crimes charges.

Maxwell told US District Judge Alison Nathan that she would not testify in her own defence on Friday.

"Your honour, the government has not proven the case beyond a reasonable doubt and so there is no need for me to testify," said Maxwell, standing up in the courtroom.

Maxwell's attorney Bobbi Sternheim wrapped her arm around her back as she spoke. Defendants in US criminal trials are not required to testify, and often do not, since the burden of proof is on prosecutors.

Closing arguments in the trial are expected on Monday in federal court in Manhattan. The jury would then begin deliberations.

Nathan advised jurors to "be cautious out there" before sending them home for the weekend. Covid-19 cases are on the rise in New York, and Nathan earlier on Friday said she wanted to avoid "unnecessary delays" to the trial.

"I want to see everybody back here Monday," Nathan said.

During the trial, Maxwell's defence sought to portray her four accusers as not credible, arguing their memories had been corrupted since the events were said to have happened between 1994 and 2004 and that they were motivated by the prospect of a payout from a compensation fund for Epstein's victims.

On Friday afternoon, Maxwell attorney Christian Everdell read a stipulation agreed upon by both sides indicating that an attorney for one of the women, known by the pseudonym Jane, had told her that cooperating with prosecutors could "help her case," without providing details.

The lawyer, Robert Glassman, also told her that cooperating was the "morally right thing to do," the stipulation said.

Jane testified during the trial's first week that she was awarded $5 million from the fund but did not think participating in Maxwell's criminal case would help her claim.

Jurors earlier on Friday heard from an FBI agent who interviewed Jane multiple times before Maxwell's July 2020 arrest. The agent acknowledged that Jane had not initially told them she was ever in a room alone with Epstein and Maxwell. Jane testified that Maxwell sometimes participated in sex acts with her and Epstein.

Jane, who said she was 14 when Epstein began abusing her in 1994, testified that "memory is not linear." She also said she was not comfortable enough during her first few meetings with the FBI to share everything that happened to her.