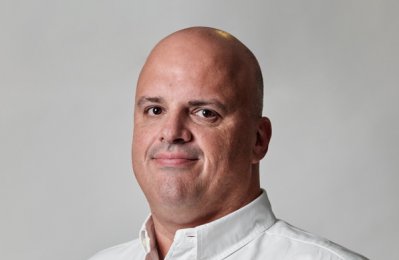 Paul Kelly
Despite a general decline in net positivity across all global markets, the GCC’s Arabic speakers remained mainly immune to many of the global agitators regarding business, economy and employment confidence.
According to the latest research by leading consumer intelligence platform, D/A, owners of Sila, an Arabic-native, AI-enabled consumer intelligence platform, the data, which is based on algorithmic AI analysis of over 100 million Arabic social media posts, revealed that the GCC remained relatively immune to the key issues affecting consumer sentiment on a global level.
The report was highlighted in the December 2021 Sila Consumer Sentiment Index (CSI) report, which was released on January 11.
Overall, GCC consumer confidence in December declined 1.2%, down to 65.3% from 66.5% in November and 66.3% in October. These modest declines are attributed to global dynamics, including inflationary pressure on consumer spending, uncertainty around variants of Covid-19 and the resulting impacts on daily life, and government support for the economy via maintained spending and reforms.
Business confidence has sustained a more considerable setback of almost 2% month-on-month, from 61.3% in November to 59.5% in December. However, it is still registering net positivity and trending above pre-pandemic levels.
From an economic perspective, macro/government intervention in GCC economies saw a 3.7% increase in confidence in December, marking a two-year series high in economic growth sentiment, a significant consumer confidence indicator.
Consumer confidence around employment declined by 1.3% month-on-month to 81% in December and 1.5% below October’s reading of 82.5%. This trend still presents a significant shift from the pre-pandemic level of 87.9% recorded in February 2020 and the 86.1% noted in June 2021, indicating a more inconsistent recovery concerning this marker.
Paul Kelly, the Managing Partner of D/A, said: “We have seen a clear uptick in consumer confidence from an economic perspective. The extensive vaccination programme across the region has undoubtedly had a positive impact, and consumers have become more optimistic about the future economic situation in the region. This confidence does, however, have to be tempered by the slight declines in consumer confidence surrounding business and employment in the GCC, as result of the ongoing challenges of the pandemic.”
In the UAE, overall, consumer confidence declined by 1.8% in December to 76.2% compared to November’s series high of 78%.
Confidence in private enterprise has experienced a decline from 76.8% in November to 75.2% in December – an increase in negativity of 1.6%, which is considered relatively substantial in a UAE context.
“Similarly, to the overall GCC sentiment, the UAE decline can be attributed to the emergence of the Omicron variant. In addition, the nature of Dubai’s economy, which drives the discussion about economic and consumer confidence in the UAE and stands to be affected by international conditions more than Abu Dhabi, with its much stronger government sector.
“As such, while the 1.8% decline in net positivity still leaves us with a strong reading and sits comfortably above pre-pandemic levels, it is one to watch as the new year progresses,” added Kelly.
Since June 2021, when the last considerable movement was recorded, the business confidence index has remained relatively stable, with slight, month-to-month increases hovering around 1.2%. This amounts to a decline in the current series, making this indicator one that we will continue to monitor closely.
Consumer sentiment regarding the UAE economy saw a marginal decrease in positivity from November's figure of 61.8% to 61.7% in December, reflecting the public uncertainty around Covid-19. Evidence has also shown that price increases are a concern in the economy.
The employment index in the UAE sank by 2.4% from November’s strong rating of 87.6% to 84.9% in December – a statistically significant reading because it represents the largest decline since the emergence of Covid-19’s Delta strain in December 2020.
“While apprehensions related to Omicron have driven a net decrease in positivity, they have proven to be less damaging when compared to past variants. Although the result is overall a more positive outlook this time around, it remains to be seen how the UAE economy will fare moving forward,” Kelly concluded.
The Sila Consumer Sentiment Index provides various tools to aid in consumer intelligence such as brand perception tracking, sentiment and audience analysis, demographics, trend and topic analyses and more. The sentiment models inside Sila result from proprietary Arabic-dialect native, natural language processing models.-- TradeArabia News Service