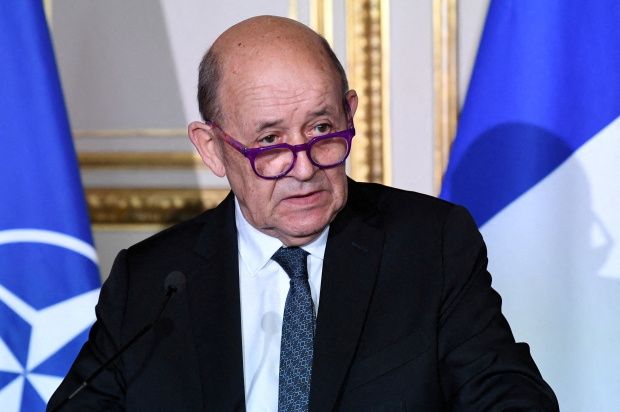 France's foreign minister said on Tuesday the United Arab Emirates would join a Saudi-French fund that aimed to provide support to the Lebanese people.

Riyadh and Paris agreed in early December to establish a common humanitarian mechanism to alleviate the suffering of the Lebanese as a first step to Saudi re-engaging with Lebanon after a diplomatic row between Beirut and the Gulf states.

"The visit by President (Emmanuel) Macron enabled the Gulf (Arab countries) to renew ties, which saw (the creation of) a joint Franco-Saudi fund to support the Lebanese, which will be helped tomorrow or the day after with a contribution from the United Arab Emirates," Jean-Yves Le Drian told a parliamentary hearing.

Le Drian gave no details on how the fund would work or how much was being pledged.

France has led international efforts to resolve the political and economic crisis in Lebanon.

But despite staking a lot of political capital on the issue for more than a year, President Emmanuel Macron has failed so far to push the country's squabbling politicians to carry out economic reforms that would unlock vital foreign aid.

Le Drian bemoaned the ongoing political blockages surrounding an investigation into the 2020 Beirut port explosion that have prevented the government from meeting, saying this was an "unacceptable obstruction" for political objectives.

The powerful Iran-backed Hezbollah group and its ally the Amal movement have refused to allow the Cabinet to meet since Oct. 12, demanding the removal of a judge investigating the devastating 2020 explosion in Beirut port. Prime Minister Najib Mikati has said the executive branch has no say in the matter.

The failure of Cabinet to meet has prevented measures to address a crisis described by international bodies as one of the most severe financial meltdowns in world history. The national currency hit an all-time low of 30,000 pounds to the US dollar overnight Wednesday, a 95% loss from its value in 2019.