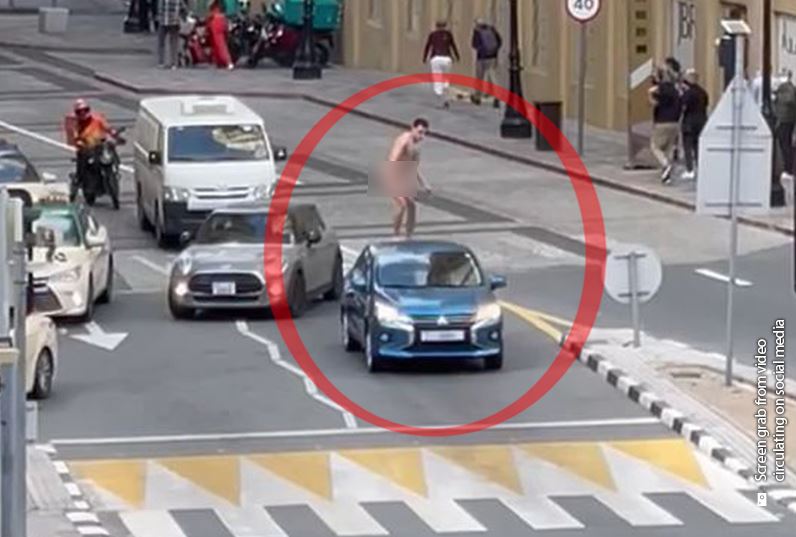 An Arab visitor to Dubai has been arrested for behaving obscenely in public.

He was arrested by Dubai Police for indecent exposure in Dubai Marina, according to a tweet by Dubai Media Office.

A video of him walking down the street and attacking a delivery driver and a security guard has since gone viral.

Investigations revealed that he suffers from severe mental disorder.