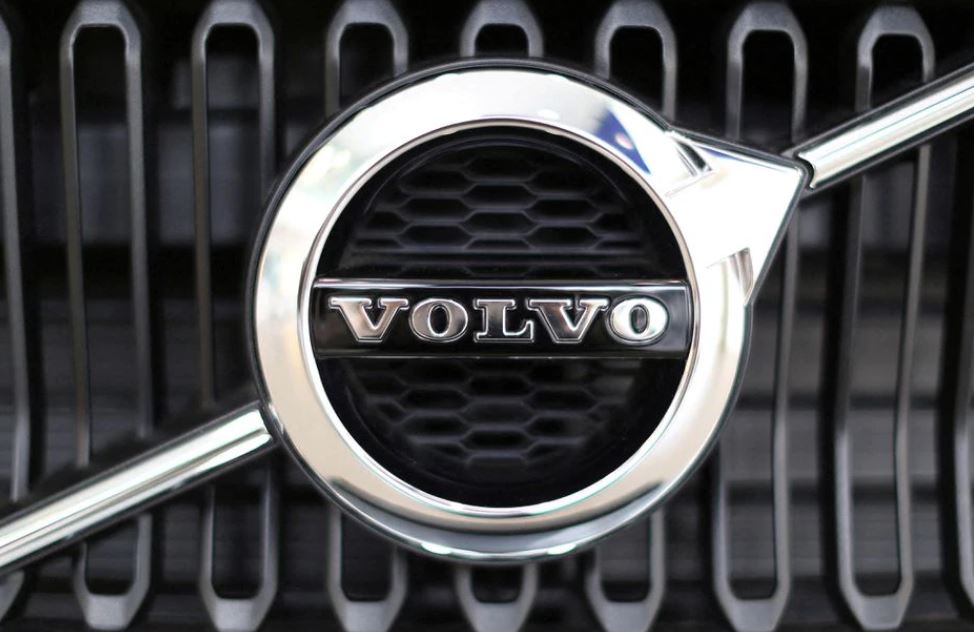 FILE IMAGE:The logo of Volvo is seen on the front grill of a Volvo XC40 SUV displayed at a Volvo showroom in Mexico City, Mexico April 6, 2018. (Reuters Photo)

Volvo Cars  will invest 10 billion crowns ($1.1 billion) in its manufacturing plant in Gothenburg in the next few years to prepare for production of fully electric cars, it said on Tuesday.

The investment follows an announcement by Volvo and battery maker Northvolt last week to build a joint battery plant in Gothenburg, western Sweden, as part of a total investment of about 30 billion crowns. read more

The two Swedish companies said last year they would form a joint venture to develop batteries, including setting up a gigafactory for production and a research and development centre. read more

"Volvo Cars will invest SEK 10 billion in its Torslanda manufacturing plant in Sweden in coming years, in preparation for the production of that next generation of fully electric cars," the automaker said in a statement on Tuesday.

It added that it would introduce new technologies and manufacturing processes in the plant, including a new battery assembly plant.

Volvo Cars, majority owned by China's Geely Holding , hopes that 50% of its sales will be of pure electric cars by the middle of this decade and to reach 100% by 2030.