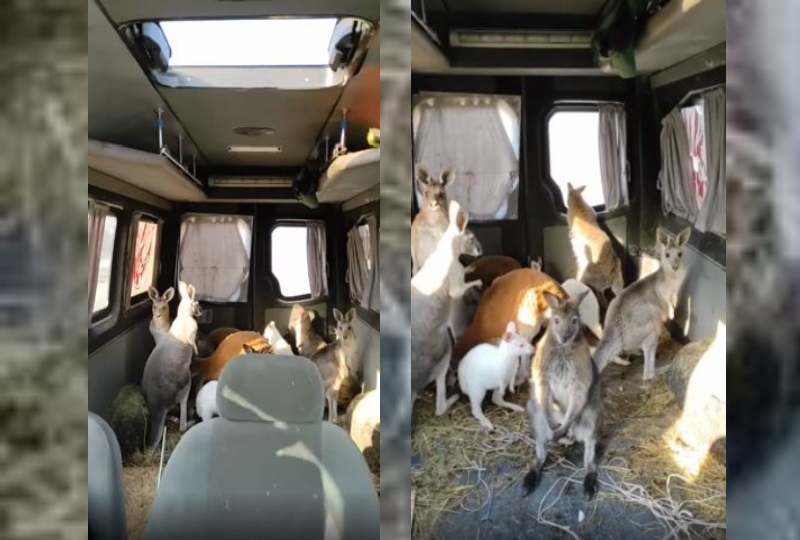 A group of kangaroos were evacuated to safety after a Ukrainian zoo was "repeatedly shelled," in the besieged city of Kharkiv.

In a video shared by Feldman Ecopark on Saturday, a man is seen driving a van with at least nine kangaroos loaded in the back.

The zoo wrote on Facebook that "they are already safe" and that "this is very nice, because their enclosures, unfortunately, were repeatedly shelled.”

While the kangaroos were fortunately rescued, Feldman Ecopark reported many other animals were killed by the shelling.

Last Friday, it said that four deer and three goats were killed, adding to a growing list of animal victims that include large cats, primates, and birds.