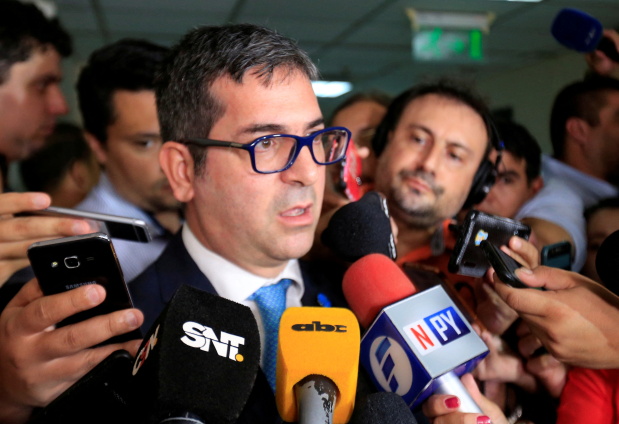 BOGOTA: Marcelo Pecci, a Paraguayan prosecutor known for his work in fighting organised crime, was killed on the Colombian tourism island of Baru on Tuesday, authorities from both countries said.

Pecci and his wife, Paraguayan journalist Claudia Aguilera, were on their honeymoon at a resort near the Caribbean city of Cartagena. They had announced Aguilera's pregnancy on Instagram earlier on Tuesday.

Aguilera told Paraguayan media the couple were approached by two men on a private beach connected to their hotel before her husband was shot. He had not received threats, she added.

Pecci, 45, was known for his work on high-profile anti-money laundering and anti-drug cases, the investigation into the murder of a regional governor's daughter last year and the case against Brazilian footballer Ronaldinho, who was arrested trying to enter Paraguay with an adulterated Paraguayan passport in 2020.

"We have information that is being collected in urgent efforts and which is confidential which will help us to identify those responsible for this regrettable occurrence," Vargas said.

Officials from the United States will also aid the investigation, he said.

Vargas offered a reward of about $122,000 for information that could help solve the crime as well as identify people suspected of being involved in the case.

"We need to identify them, to urgently uncover their possible connection to the events, to Pecci's murder," he said, adding that authorities had deployed officers at airports and on the roads.

Paraguayan President Marcelo Abdo said the "cowardly assassination of the prosecutor Marcelo Pecci in Colombia saddens all of the Paraguayan nation".

"We condemn in the most energetic terms this tragic occurrence and redouble our commitment in the fight against organized crime," he said on Twitter.