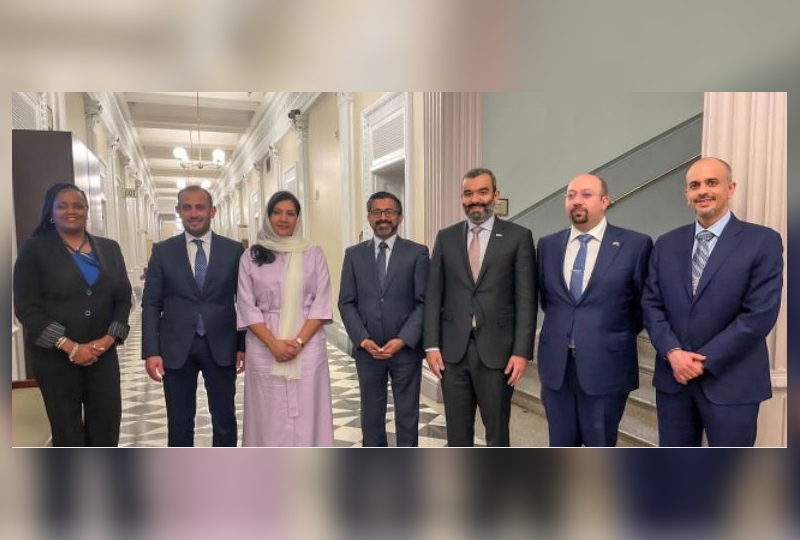 WASHINGTON -- Currently on a visit to the United States of America, the Saudi Minister of Communications and Information Technology, Eng. Abdullah Alswaha has met with the US Deputy National Security Adviser for Cyber and Emerging Technology Anne Neuberger, in the presence of Princess Reema bint Bandar bin Sultan, the Saudi Ambassador to the United States of America.

The meeting reviewed fostering partnership and developing cooperation between the two sides in several areas, including cybersecurity, emerging technologies, in addition to developing digital capabilities in cybersecurity.

The visit also included a meeting with Chirag Parikh, Executive Secretary of the National Space Council to explore opportunities to build partnerships in the space sector and enhance investments between the two countries in the space economy and technology, leading to the transition to an innovation-based economy.

On the occasion, Eng. Alswaha highlighted the Kingdom of Saudi Arabia's Vision 2030 contributions in making the Kingdom a key player at the international level by safeguarding the planet, through qualitative global efforts, such as the Saudi Green Initiative and Middle East Green Initiative.