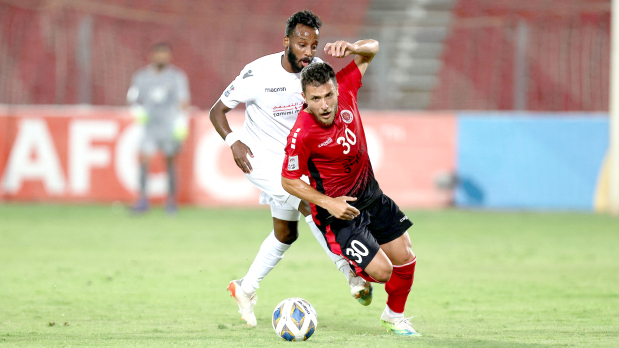 Both teams have one point each from their opening encounter on Wednesday night when East Riffa held Lebanese side, Nejmeh, to a 1-1 draw while Tishreen played out a scoreless stalemate with Palestinian club, Hilal Al-Quds to ensure that all four teams were level on the table at the end of the first round of matches.

All four sides will be in action again tonight, with Hilal Al-Quds playing Nejmeh, also at Muharraq Stadium, before the East Riffa-Tishreen clash. The result of the first game will, doubtless, hand the teams competing in the second match of the night the slight advantage of knowing exactly where they stand and, perhaps, add more pressure on both in their attempts to gain the crucial three points from a win.

The tournament, an annual, continental club football competition organised by the Asian Football Confederation (AFC), consists of 38 teams spread across 10 groups, with each group being hosted at centralized venues. The winners of each group, and the best runner-up team, qualify for the zonal semi-finals.

East Riffa, who have made their AFC Cup debut in this tournament, found the going tough in their first match against Najmeh, although they might consider themselves unlucky not to have won the game because quite a few goal-scoring opportunities were missed. But they were also outplayed, for the most part, by their experienced Lebanese opponents who are making their 10th AFC Cup appearance and who concentrated on building pressure on the home team by not allowing them to retain possession of the ball.

Tishreen, if anything, will be even more formidable opponents. East Riffa’s Romanian coach, Florin Motroc, has already instructed his team not to underestimate their opponents, who competed a hat-trick of Syrian Premier League wins this year.

Tishreen were only denied a win in their first game of the tournament by the brilliance of Hilal Al-Quds goalkeeper Mahdi Zouabi, whose outstanding saves against last-ditch efforts by Basil Moustafa and Nasouh Al Nakdali in the dying moments of the match ensured that Tishreen had to remain content with just the one point from the draw, instead of the three they wanted from a win.

But East Riffa have the advantage of playing at home and will hope that their announcement before the first match, stating fans would be allowed free entry into the stadium, will draw more spectators to the game than the few dozen that made an appearance on Wednesday night.