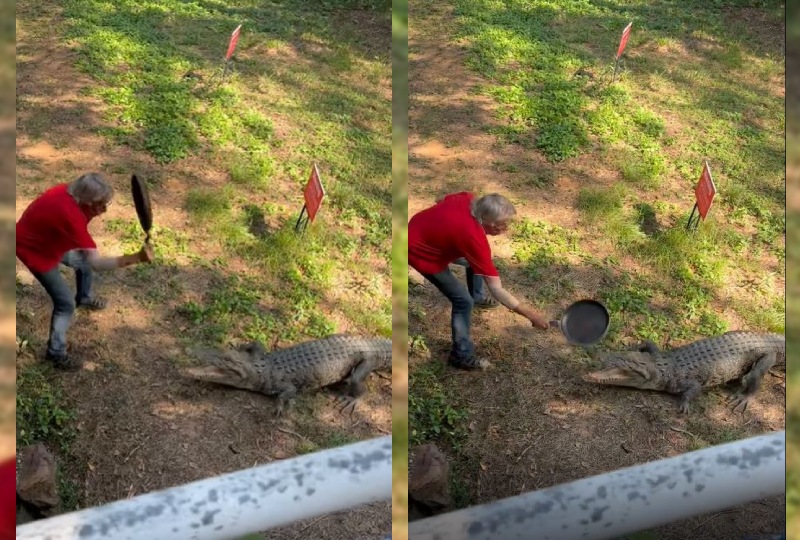 An Australian man fought off a charging crocodile by banging it over the head with a frying pan.

Video of the wild incident at the Goat Island lodge in the Northern Territory shows Kai Hansen striking the large reptile twice, before it turned to race back into the water.

'I wouldn't say it's an everyday event, but I've got to stay safe and do what I can,' Hansen told Daily Mail Australia on Tuesday.

'No one got hurt and the croc got a good lesson.'

Hansen said the confrontation began when the crocodile wandered too close to his restaurant and became aggressive.

He armed himself with a heavy bottomed-pan and ventured out to make sure the path was safe for visitors.