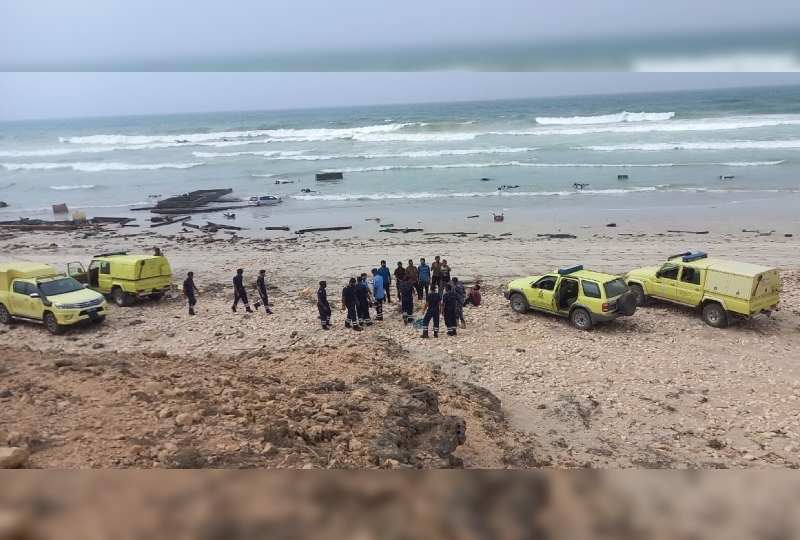 A wooden boat carrying 10 people sank off the coast of the Wilayat of Taqa in Oman, leaving two dead and three injured.

CDAA added that eight people were rescued from the accident, of which three suffered moderate injuries.

The survivors have received necessary treatment at a hospital.