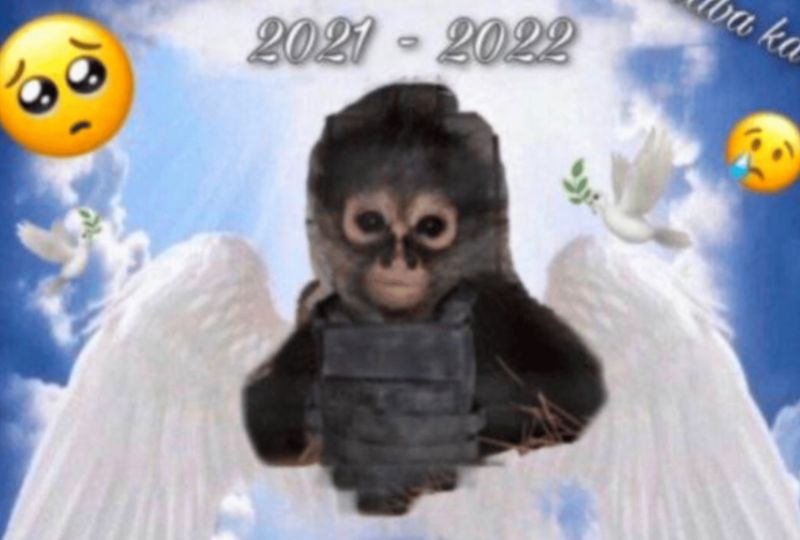 An image taken from the narcocorrido in the name of the monkey.

A pet monkey that was killed during a shootout between rival cartel members has had a Narcocorrido or drug ballad dedicated to it.

The monkey, which belonged to the member of a drug cartel, was dressed in a bulletproof vest, a khaki hooded jacket and a diaper when it was discovered dead.

The small spider monkey was found lying on its owner’s chest, a young man who was allegedly a member of Mexico’s notorious La Familia Michoaacana criminal group, who also died in the shootout that left 11 cartel members dead.

Only a few days after the news emerged and reported by the Gulf Daily News, a Narcocorrido, inspired by the story of the monkey has already been released.

Narcocorridos are drug ballads written and composed by drug traffickers and smugglers.

The song, that's been widely shared on social media also features a cover picture of the slain monkey with angel wings apparently in heaven.

“Changuito [little monkey], it was not your turn to die. Someone stole your story because you came here to win and to shine in many things,” the song says.

“He is on his way to heaven,” the final lines of the song say. “But he left a legacy.”