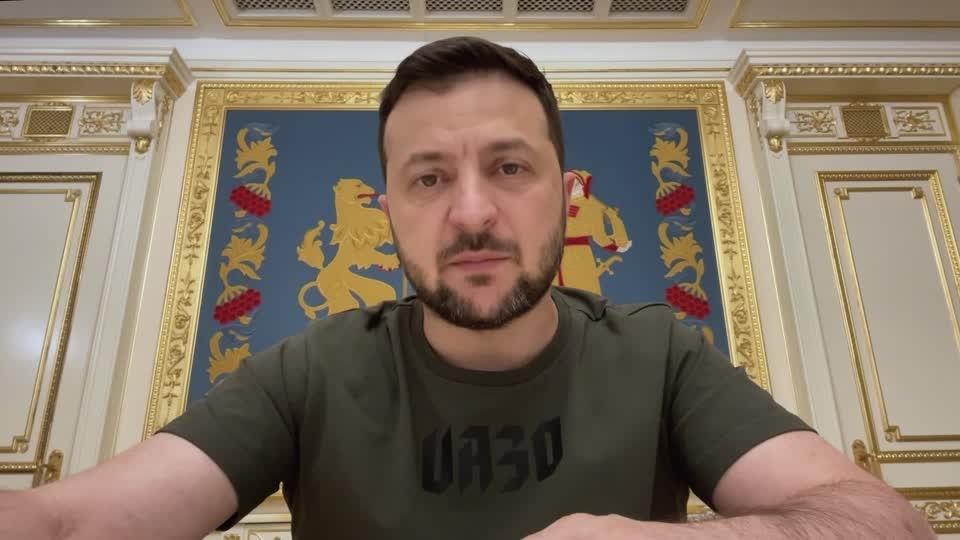 KYIV: President Volodymyr Zelenskiy said Ukraine's formal candidature to join the European Union was a big step towards strengthening Europe at a time when Russia was testing its freedom and unity.

It has also sparked a global energy and food crisis.

After failing to gain a quick victory by capturing Kyiv, Putin's forces are now focused on taking control of eastern Ukraine in what has become a war of attrition, with no end in sight, and the risk that the conflict could widen in Europe.

Zelenskiy told EU leaders in Brussels on Thursday that their decision to accept Kyiv's candidacy was among the most important for Ukraine since it broke from the Soviet Union 31 years ago.

"But this decision is not just being made for the benefit of Ukraine. It is the biggest step towards strengthening Europe that could have been made right now, in our time, and when the Russian war is testing our ability to preserve freedom and unity," he said.

European Council chief Charles Michel tweeted after the decision: "A historic moment", adding "Our future is together."

The approval of Kyiv's EU candidacy will anger Russia, which has been concerned with Ukraine's closer ties with the West.

Moscow launched its "special military operation" on Feb. 24 to ensure security on its borders. Kyiv and the West say Putin launched an unprovoked invasion.

The path to EU membership will be a huge boost for morale in Ukraine but will be a long road and could take years.

Zelenskiy has vowed not to rest until Russia's defeat and full membership had been secured.

"We can defeat the enemy, rebuild Ukraine, join the EU, and then we can rest," he said in a video released by his office.

The move by Ukraine and Moldova to join the EU runs alongside applications by Sweden and Finland to enter NATO in the wake of the Russian invasion - indications the Kremlin's military actions have backfired on its geopolitical aims.

The battle for Ukraine's eastern Donbas region, its industrial heartland, is most critical in the twin cities of Sievierodonetsk and Lysychansk, which sit on opposite banks of the Siverskyi Donets River in Luhansk province.

The battle there is "entering a sort of fearsome climax", Oleksiy Arestovych, an adviser to Zelenskiy, said on Thursday.

Luhansk governor Serhiy Gaidai said that all Lysychansk was within reach of Russian fire and that Ukrainian troops there might retreat to new positions to avoid being trapped.

Russian-backed separatist forces said there was fierce fighting underway around Ukrainian positions in Hirske, which lies on the western side of the main north-south road to Lysychansk, and Zolote, another settlement to the south.

Ukrainian forces were defending Sievierodonetsk and nearby Zolote and Vovchoyrovka, Gaidai said, but Russian troops had captured Loskutivka and Rai-Oleksandrivka to the south. Hundreds of civilians are trapped in a chemical plant in Sievierodonetsk.

A river port and ship-building centre just off the Black Sea, Mykolaiv has been a bastion against Russian efforts to push West towards Ukraine's main port city of Odesa.

Authorities in the small town of Derhachi, to the northwest of Kharkiv, said early on Friday that heavy Russian shelling had knocked out most of the electrical and natural gas supply.

Kharkiv, in northeastern Ukraine, is the country's second-biggest city.

Zelenskiy has urged Ukraine's allies to speed up shipments of heavy weapons to match Russia on the battlefield.

Ukrainian defence minister said HIMARS multiple rocket systems had arrived from the United States. With a range of 70 km, the systems can challenge the Russian artillery batteries that have bludgeoned Ukrainian cities from afar.

The United States will provide an additional $450 million in security assistance to Ukraine, including more long-range rocket systems, U.S. officials said on Thursday.

Prime Minister Boris Johnson said Britain was willing to assist with demining operations off Ukraine's southern coast and was considering offering insurance to ships to move millions of tonnes of grain stuck in the country.