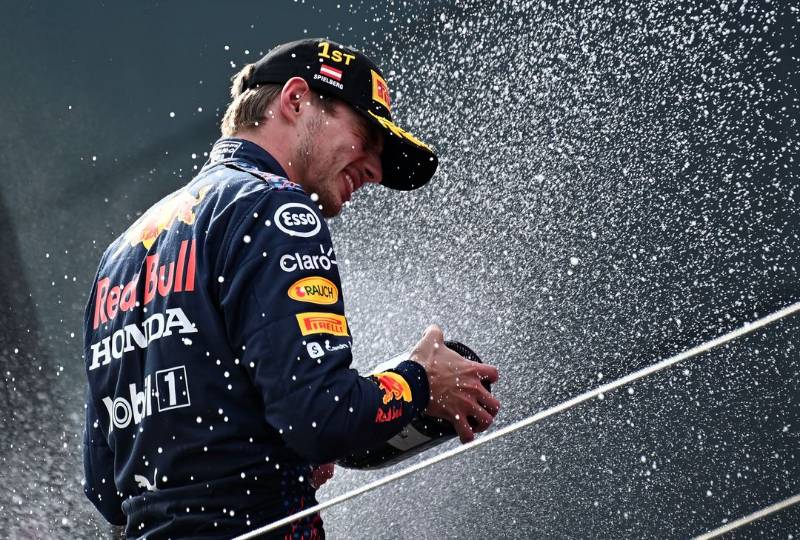 Formula One championship leader Max Verstappen will be chasing his fourth Austrian Grand Prix victory in five years on Sunday as Red Bull seek to return to the top of the podium at their home race.

It was a first win for the Spaniard, with Verstappen only seventh after his car was damaged by debris from sister team AlphaTauri.

That cost the Dutch driver, who had led early on, what would have been a seventh win of the year but Spielberg is the ideal place to bounce back.

Verstappen is 34 points clear of Mexican team mate Sergio Perez and 43 ahead of Ferrari rival Charles Leclerc, with Austria the halfway point of the 22-race season.

Buoyed up by his army of orange-clad fans, the 24-year-old will be favourite to win again around the undulating layout, with the weekend running to the Sprint format.

That means a race on Saturday to set the starting grid and a maximum of 34 points available over the weekend instead of the usual 26.

Verstappen won the only other Sprint so far this year, at Italy's Imola in April.

Leclerc, fuming after Ferrari kept him out on old tyres behind the safety car at Silverstone in a move that dropped him from first to fourth, will be especially fired up to beat Verstappen.

He lost a wheel-banging battle for the lead against the Dutchman in the closing stages of the race in 2019 and needs a win to rein in his rival.

"There are three more challenging races coming up before the summer break and, as Silverstone showed again, each race this year is absolutely unpredictable,” said Ferrari team boss Mattia Binotto.

"We will make sure that we have our cars ready for the challenge and present ourselves as a strong team and a strong unit."

Mercedes have won at the Red Bull Ring five times since the venue returned to the calendar in 2014.

At Silverstone, they appeared to have made a big improvement to their difficult 2022 car, with Lewis Hamilton hunting down the Ferraris in pursuit of a record-extending 104th win.

The Briton finished third and, while Red Bull and Ferrari still hold the edge on outright pace, Mercedes will once again be hoping to put their cars in the fight.

"Overall it was a pleasing result for us," said the team's trackside engineering director Andrew Shovlin. "But we need to build on this performance because we know that we’re not quite quick enough just yet."