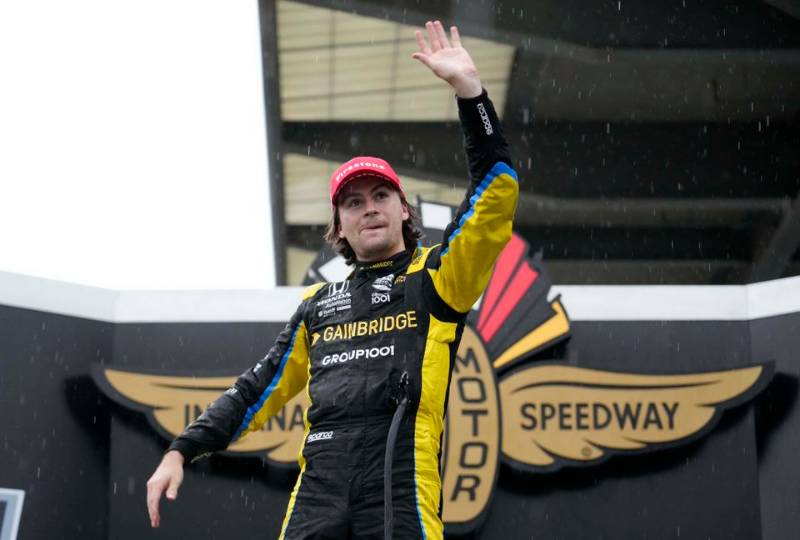 LONDON: Race-winning US IndyCar driver Colton Herta said he felt fast enough for Formula One after a 'fun' first test with McLaren at Portugal's Portimao circuit.

The 22-year-old Andretti Autosport driver, who stepped behind the wheel of last year's MCL35M car on Monday and Tuesday at the Algarve track, completed 162 laps and a total distance of 750km.

Asked in a video call with reporters whether he felt he could be competitive in the series, given more testing and the proper ramp-up, Herta answered in the affirmative.

"You can't say no to that question or else you wouldn't be a professional driver," he said. "Yeah, I do think I'm fast enough.

"Whether they agree or not, I guess time will tell. Hopefully I can get some more chances in the car and kind of show."

Herta, the youngest driver ever to win an IndyCar race, was a team mate of current McLaren F1 driver Lando Norris at Carlin in British Formula Four and Formula Three in 2015 and 2016.

Norris and Australian Daniel Ricciardo both have contracts with McLaren for next season, although the 33-year-old latter has been struggling to produce the form expected of an established race winner.

The American said he felt comfortable in the car and had tried to push it.

"It's hard to get in a race car and not drive it as fast as you possibly can," he said."The goal was to get acclimated, get up to speed and really see what I could do in the race car. It was a lot of fun."

Herta could be given a Friday free practice session at a grand prix later in the year, with teams obliged to have an aspiring young driver in one of their cars on two occasions this season.

The United States has not had a Formula One driver since Alexander Rossi in 2015 but Herta is a strong candidate to end that wait for a sport that will have three grands prix in the country next year.

"The team was quite impressed how Colton was dealing with all the challenges and with his professional approach and it was great to see as well that his physical preparation was enabling him to really keep going throughout the two days.

"In the end this approach really allowed him to build up pace gradually and in confidence and finding the right balance between taking risk and still keeping the car on the track. So very happy with how the test went."