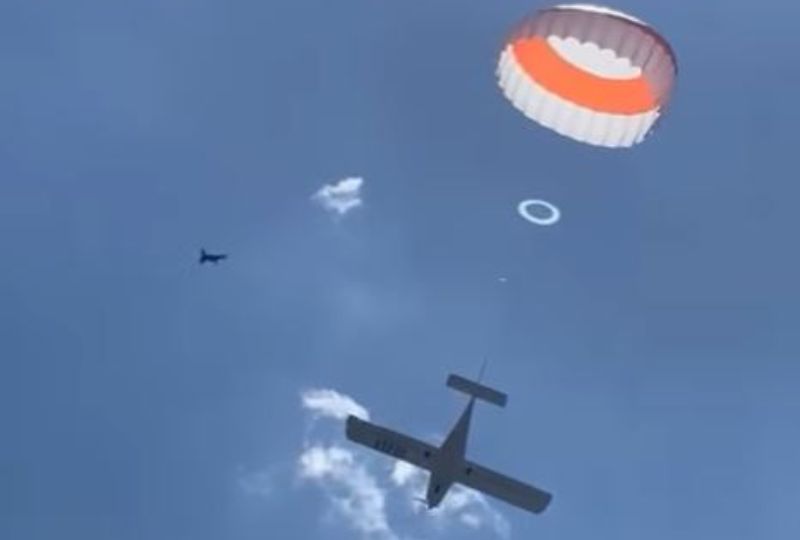 A screen grab from the video.

A Belgian man miraculously survived a plane crash thanks to the aircraft's parachute.

The pilot, who is described as experienced, is being treated, officials reported. The name of the man was not mentioned.

The decision of the pilot to deploy the Ballistic Recovery System (BRS), which launches the parachute, certainly saved his life.

According to reports, witnesses heard a loud explosion overhead and then saw the plane steadily parachuting down.

As the footage shows, the plane appears to be coming down at a very slow speed at first. But as it nears the ground, it is clear that the plane is coming down with some speed.

The plane touches down nose first, partially landing on a parked van and a fence.

Aviation authorities have launched an investigation into the cause of the crash.

It was not reported what emergency the pilot faced.