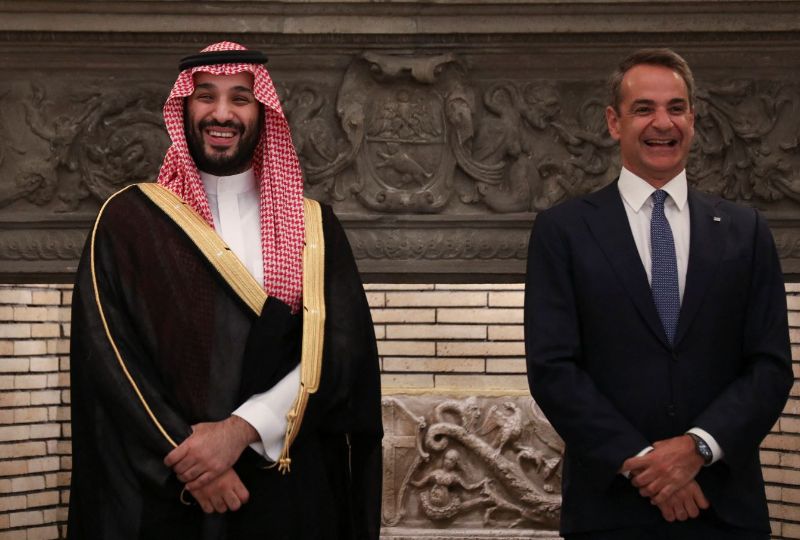 Prince Mohammed’s visit to Greece is his first to a member state of the European Union since 2018.

“We can provide Greece and Southwest Europe through Greece with much cheaper renewable energy and get an MoU (Memorandum of Understanding) signed about that today,” Prince Mohammed said, sitting alongside Mitsotakis.

Prince Mohammed’s last official visit outside the Middle East had been to Japan in 2019 for a G20 summit.

Greece and Saudi Arabia agreed in May on the main terms to set up a joint venture to build a data cable, the so-called “East to Med data Corridor”, which will be developed by MENA HUB, owned by Saudi Arabia’s STC and Greek telecoms and satellite applications company TTSA.

A Greek diplomatic source has said that a deal on the undersea cable along with other agreements in energy and military would be signed.

“We will be signing important agreements and we will have an opportunity to further discuss regional developments,” Mitsotakis said.

Mitsotakis was among Western leaders who have visited Riyadh after 2018.

After Greece, Prince Mohammed will head to France.