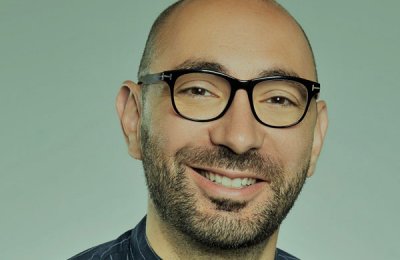 Hosam Arab
Tabby, the Middle East and North Africa's (Mena) leading payments and shopping app, has secured $150 million in debt financing from Atalaya Capital Management and existing investor Partners for Growth (PFG).
In aggregate, this represents the largest credit facility ever secured by a fintech in the GCC.
The investment fortifies Tabby’s balance sheet and supports its sustained growth in transaction volumes and product expansion. In the last few months, major brands like H&M, Bath & Body Works, Nike, Swarovski and more have chosen Tabby as their payments partner. Tabby will continue to provide Mena’s consumers with access to credit otherwise unavailable to them, without charging any interest or other fees.
First deal
Headquartered in New York, this facility marks Atalaya Capital Management’s first deal in the Mena region. In addition, San Francisco Bay Area based Partners for Growth (PFG), have upsized their initial $50 million commitment under the new facility. Following Tabby’s Series B extension earlier this year, Tabby’s total capital raised to date amounts to $275 million.
In May, Tabby announced the launch of Tabby Card, a first-of-its-kind solution in Mena tapping into 90% of the retail opportunity that happens offline.
The BNPL environment in Mena
Mena’s market dynamics make BNPL highly more relevant compared to developed markets where players continue to face challenges. In Saudi Arabia, the Arab world’s largest economy, less than 20% of the population have a credit card in comparison to over 70% of the population in the US.
The limited access to credit solutions in the kingdom makes Tabby a much-needed solution for consumers to add more flexibility and control over their finances.
Tabby has grown 10x in revenue, 8x in active customers and 3x in active retailer partners in the first half of 2022, compared to the same period last year. Tabby continues to operate with superior economics driven by controlled risk in a market where access to credit is scarce and consumers cannot easily overextend themselves.
Strong track record
Hosam Arab, CEO and Co-Founder of Tabby, said: “Debt commitments from two reputable institutions is validation of our strong track record and business model. As we near profitability, we’re in the fortunate position of not having to raise equity under the current market conditions and as such are thrilled to partner with the like-minded people at PFG and Atalaya.”
Justin Burns, Managing Director of Atalaya Capital, said: “Atalaya is excited to partner with Tabby in its mission to expand access to credit and payments in markets where there are limited existing options.”
Max Penel, Co-Head of Global Fintech at PFG, said: “We continue to be impressed by Tabby’s on-going rapid growth whilst materially improving its' unit economics and PFG is excited to continue to support Tabby through an upsize of our existing facility."-- TradeArabia News Service