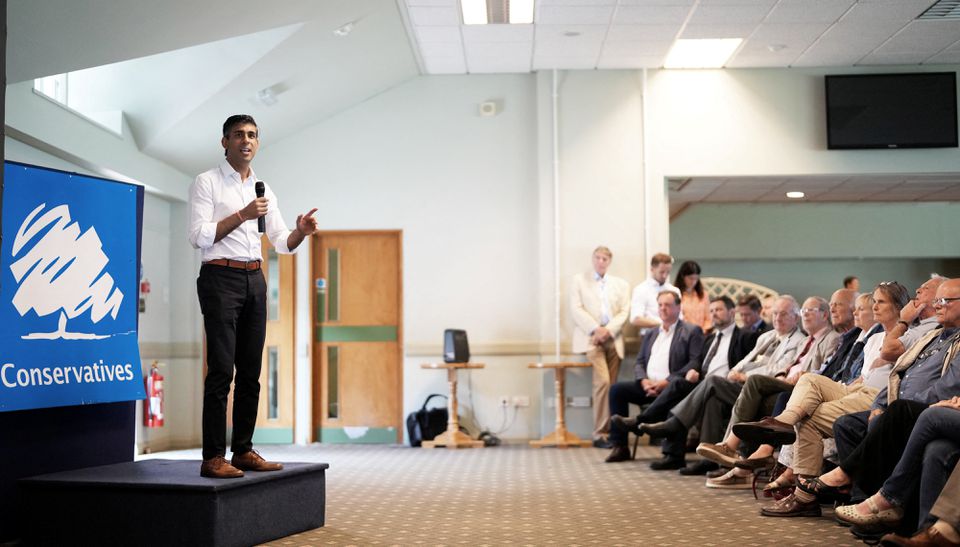 Rishi Sunak speaks during an event as a part of his campaign to be leader of the Conservative Party and the next prime minister in Ludlow, Britain. August 3, 2022. Jacob King/Pool via REUTERS

Former British finance minister Rishi Sunak said it was still ‘early days’ in the contest to replace Prime Minister Boris Johnson, as two opinion polls showed his rival Liz Truss had extended her lead in the race to be Britain’s next leader.

The ruling Conservative Party is choosing a new leader after Johnson was forced to announce his resignation when ministers resigned en masse from his government citing a series of scandals and missteps over the last 12 months.

Sunak, whose resignation helped trigger Johnson’s downfall, and Foreign Secretary Truss are the two remaining candidates in the contest.

“It’s still early days and I’m looking forward to meeting many more of you in the coming weeks,” Sunak said on Twitter.

The party’s members will vote by postal ballot or online over the next few weeks with a winner announced on September 5. Plans to allow voters to change their mind at the last minute were abandoned over concerns about the security of the online voting system.