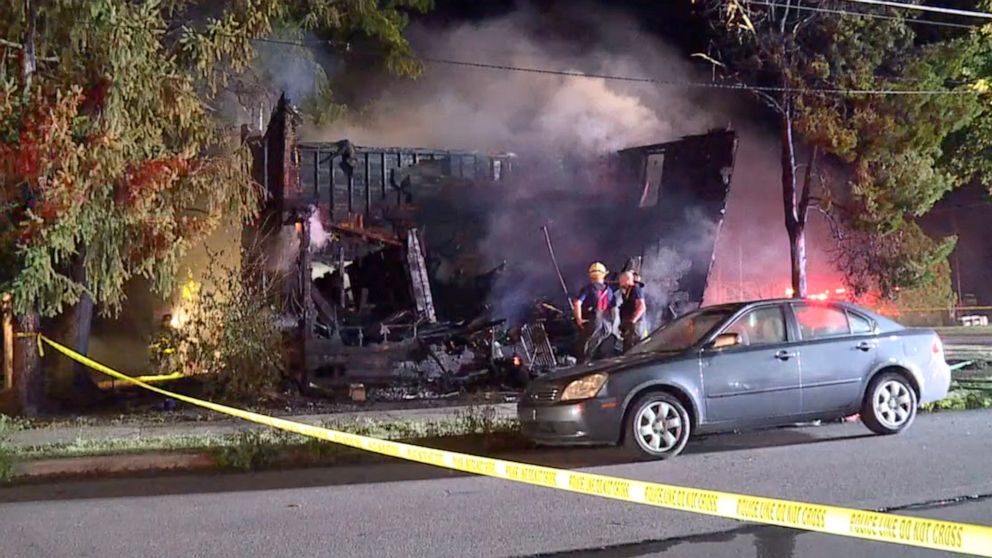 A pre-dawn house fire on Friday killed 10 people including three young children in rural eastern Pennsylvania, state police reported, with one volunteer firefighter saying all the victims came from his extended family.

Authorities said they were investigating the incident, and no official details were immediately available on the circumstances or origins of the fire in the borough of Nescopeck, a small Luzerne County farming community along the Susquehanna River, about 120 miles (190 km) north of Philadelphia.

The bodies of all 10 victims were found inside the ruins. The dead included seven adults ranging in age from 18 to 79, along with three juveniles - two boys aged 5 and 6 and a 7-year-old girl, according to state police.

Three adults made it out unharmed, police said in a statement.

Local television station WNEP, an ABC News affiliate, reported that one of the local volunteer firefighters who responded, identified as Harold Baker, said he had family ties to everyone who was in the house.

Among those who died were his son, his daughter, three grandchildren, his father-in-law, his brother-in-law and his sister-in-law, he told the television news.

Some of those in home were just visiting, he said, and 13 dogs lived there as well.

Neighbor Mike Swank told WNEP he heard a pop and when he looked out the window the house was already engulfed in flames.