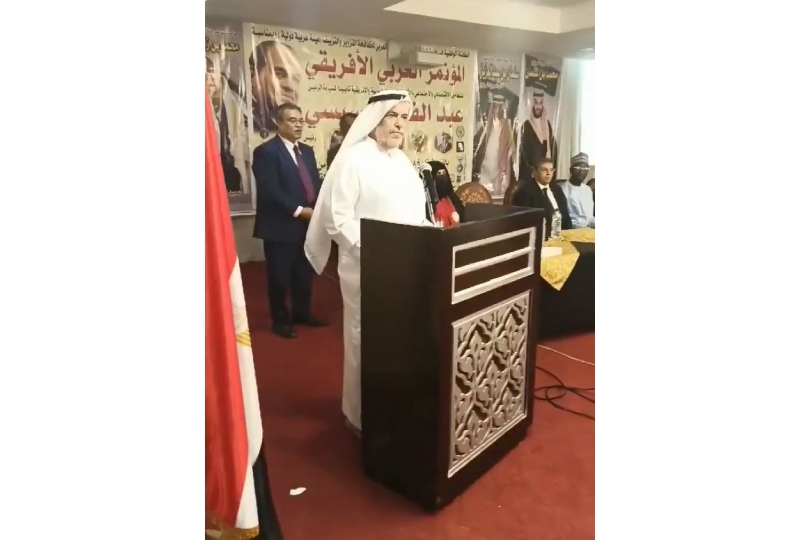 Muhammad Al-Qahtani giving a speech at the Arab-African Conference.

Shocking footage shows the moment a Saudi Arabian businessman collapsed and died during a speech he was giving in Cairo.

Muhammad Al-Qahtani, a Saudi businessman was giving a speech at the Arab-African Conference in Cairo on Monday when he appeared to lose consciousness and fall over backwards.

Mr. Al-Qahtani was chairman of the board of Al-Salam Holding Company and reportedly held a number of honorary positions as a goodwill ambassador.

The cause of death has not been reported yet, but according to sources the sudden death is under investigation.