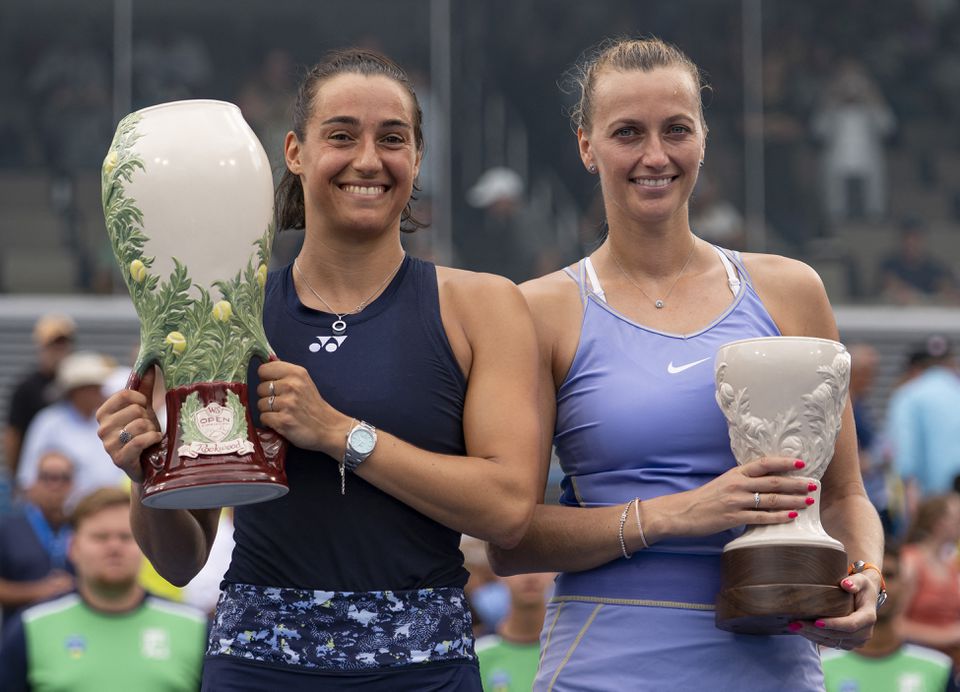 Caroline Garcia capped a long week by beating Petra Kvitova 6-2 6-4 to claim the Cincinnati Open title on Sunday and become the first qualifier to win a WTA Tour 1000 tournament.

After battling through qualifying, Garcia beat three top-10 world-ranked opponents, Maria Sakkari, Aryna Sabalenka and Jessica Pegula, on the way to the final where she delivered a master class against Czech Kvitova, the twice Wimbledon champion.

Leading the WTA Tour in aces and second in break points saved, the 28-year-old Frenchwoman relied on her big weapons to clinch her third title of the season, sending down 11 aces and saving all eight break points she faced.

Since coming back from a foot injury in May, Garcia has won three events on three different surfaces, on clay in Warsaw, where she beat world number one Iga Swiatek, grass in Bad Homburg and hardcourt in Cincinnati.

"I don't know how to describe that week because I came here on Wednesday night to get ready for quallies," said Garcia. "Just trying to find my rhythm, to feel better, to get the body healthy and to adapt to the hard court.

"I didn't play on hard since Miami, so I was not that confident when I arrived.

"Every match every day was a new day, new challenge."

Under threatening skies Garcia got out to fast start with a break helped by a pair of double faults by Kvitova, as the 32-year-old once again struggled with her serve.

In her semi-final she served three double faults in the opening game to gift Madison Keys an early break before fighting back for a three sets win.

But there would be no escape against Garcia who piled on the pressure with a second break to sweep the opening four games.

Garcia carried on in the second set as she again broke Kvitova at the first opportunity and held for a quick 2-0 lead when Kvitova called for a medical time-out.

Kvitova returned to the court with no noticeable strapping but Garcia was not be distracted, holding serve the rest of the way to clinch her 10th career title.

"There was a song, "The Girl is on Fire," right? I was, like, this is the best description of her (Garcia)," said Kvitova. "I think she is kind of the player who can beat everybody.

"It's my own experience. I think that when she is on, she is on.

"We saw it whole tournament this week."