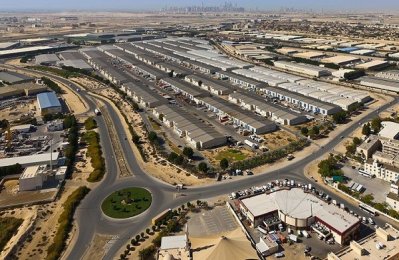 The industrial and warehousing sector in Dubai continues to remain buoyant with strong demand levels and steady leasing activity by various sectors, according to Savills, a global real estate services provider.
The oil & gas sector led demand, followed by e-commerce, contract logistics and indoor farm operators, stated Savills in its Dubai Industrial H1 2022 Market report.
E-commerce operators, who have seen an acceleration in activity post the onset of the pandemic, have further expanded their operations as they continue to gain market share of the overall retail sector in Dubai.
In H1 2022, their real estate footprint largely expanded in the form of ‘Dark Stores’, which are typically smaller warehouse units aimed at delivering everyday goods in a short period of time.
"The recent spike in oil prices and subsequent revenue gains have resulted in increased investments and capacity expansion by engineering and other oil & gas support services companies," remarked Swapnil Pillai, Associate Director - Research, Savills Middle East.
“Another demand driver has been the growth in number of vertical farm operators, especially in the last 6-12 months, on account of the increase in demand from consumers for local produce and a push towards self-sufficiency and less reliance on foreign food imports,” added Swapnil.
Demand during H1 2022 was primarily concentrated across traditional hotspots such as Dubai South, JAFZA, National Industries Park (NIP) and Dubai Investments Park (DIP).
Due to the strong rise in leasing activity and enquiry levels, rental values remained stable, with rental increases reported across a number of submarkets.
The rental increase across Grade B stock was more prominent in a few micro-markets which witnessed higher quoted rents as demand spilled over to the segment, due to limited availability across Grade A stock.An average 4-9% increase in rental values was recorded across Grade B stocks in NIP, Al Quoz and Jebel Ali Industrial when compared to H2 2021, stated the report.
Luke Tipp, Commercial Agent at Savills Middle East said: "The general feedback we received from landlords was positive. Majority of them reported increased occupancy levels and suggested an encouraging outlook for the sector."
"Going forward, end-user demand is likely to remain strong for logistics assets offering temperature-controlled spaces as well as offering compatibility with new automated technologies," stated Tipp.
"There is strong interest for facilities with high power load from occupiers, especially manufacturing. We anticipate that sectors including e-commerce, contract logistics, engineering and manufacturing will remain active and continue to drive demand throughout the second half of the year," he added.
According to Savills, there was also a continued rise in enquiries by international investment funds and family offices for acquiring industrial and warehousing assets with the focus being on income-producing assets.
Investors were considering facilities with high quality logistics specifications to secure occupiers from busy growth sectors such as e-commerce, pharmaceuticals, contract logistics and FMCG (Fast Moving Consumer Goods), it added.-TradeArabia News Service