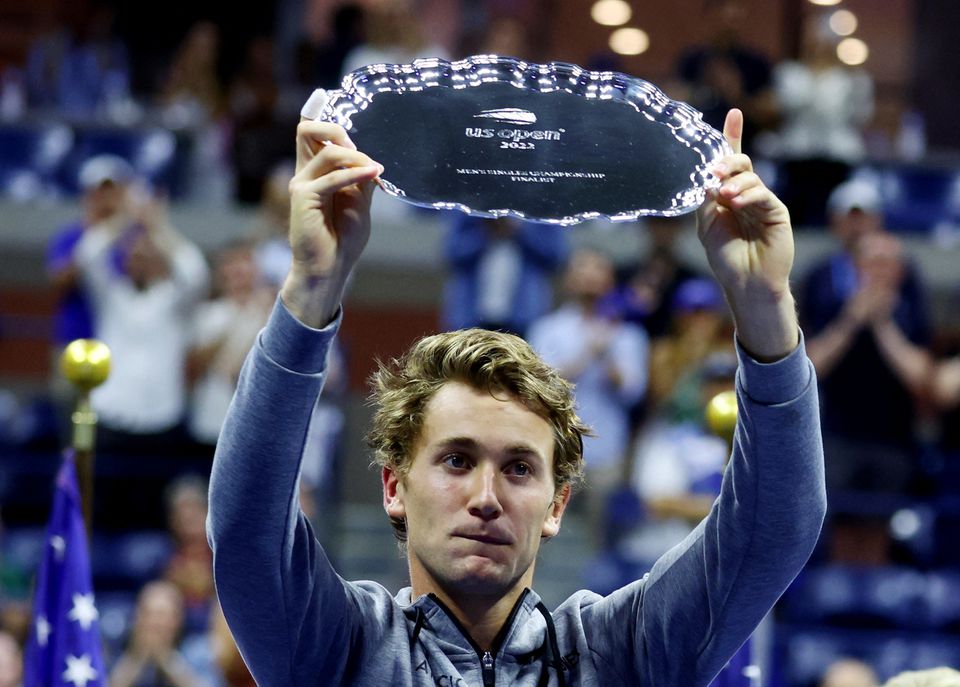 Casper Ruud fell short in his bid to lift the U.S. Open trophy on Sunday after losing 6-4 2-6 7-6(1) 6-3 to Carlos Alcaraz but the Norwegian said the tournament had helped cement his belief he will win a Grand Slam one day - as long as he avoids a Spaniard in the final.

Ruud was unable to match Spanish teen Alcaraz's firepower at Arthur Ashe Stadium, the defeat coming months after he fell to another Spaniard, Rafa Nadal, at the French Open in his first Grand Slam final.

"In Roland Garros, (it) was hard for me to believe that I could beat Rafa," Ruud, who rises to number two in the world from seventh spot, told reporters.

"Today was not easier, but I believed it more. I think these two tournaments have sort of made my self-belief to win a Grand Slam grow.

"I guess I hope I don't play a Spanish player if I ever reach another Slam final. They know what they're doing in the Slam finals."

Known for his claycourt prowess, Ruud enjoyed a superb 2022 that saw him collect titles at Gstaad, Geneva and Buenos Aires.

He showed he could be just as effective on New York's hard courts, beating 13th seed Matteo Berrettini in the quarter-finals and Russian Karen Khachanov in the semis.

Ruud said Alcaraz, who also beat him at the Miami final, was a "hard nut to crack".

"I still thought I was the underdog in a way," the 23-year-old told reporters.

"But it was more fun for me today. I didn't need to play the biggest idol of my life on the biggest match of my life. It was sort of easier for me to believe that I could win."